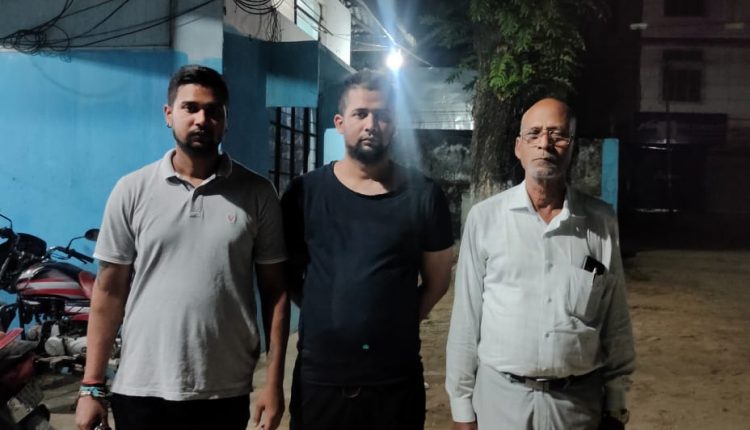 Ranjit Kumar Das, MD of Vanguard Security Services, who is in charge of security at Silchar NIT, was attacked along with his family members by a group of miscreants late night on Tuesday. At around 11.30 pm, a group of miscreants first attacked Ranjit Kumar Das infront of his quarter. His two sons, wife and daughter-in-law tried to rescue him who also subsequently got assaulted by the miscreants. One of the miscreants immorally kicked the belly of his pregnant daughter-in-law and also attempted to tear their clothes off. Police have arrested three people based on the family’s statement after the incident.

The night after the attack, they arrived at Ghungur police station and reported the whole incident to the police. Narrating the incident Ranjit Kumar Das’ wife said, “When my husband was returning home at 11.30 pm, 8-10 youths stopped him infront of the gate. They started hurling curses in very foul language and started pushing him all of a sudden. I saw it from the flat and ran to the spot. By then my eldest son had arrived and those local youths started beating him as well. After I reached the spot, they attacked me too. I am a woman and older than them but still, they hurled profanities at me and tore a piece of my cloth. Seeing the situation out of hand, my pregnant daughter-in-law also ran forward for help. A young man kicked her in the lower abdomen. I could not imagine how people could get so violent. I can’t say it won’t happen again, so I turned to the police for protection.”

Based on their statements, the Police arrested Rajen Goala, Chhotlal Dushad and Zakir Mohammed at night. However, the names of some more people have been mentioned in the statement on behalf of the family. They are Raj Rabidas, Rahul Tewariya, Pappu Goala and others. The police have informed that the incident will be investigated. There was a CCTV camera infront of the flat, the video of which will be collected and the whole incident will be observed again from there and the ones who carried out the attack will be identified and arrested.

Police are also investigating the main reason behind the incident. However, attacking with a group of hooligans in the middle of the night and kicking a pregnant woman in the abdomen, tearing the clothes of an elderly woman, are very heinous crimes. Police have filed several cases against the culprits involved.