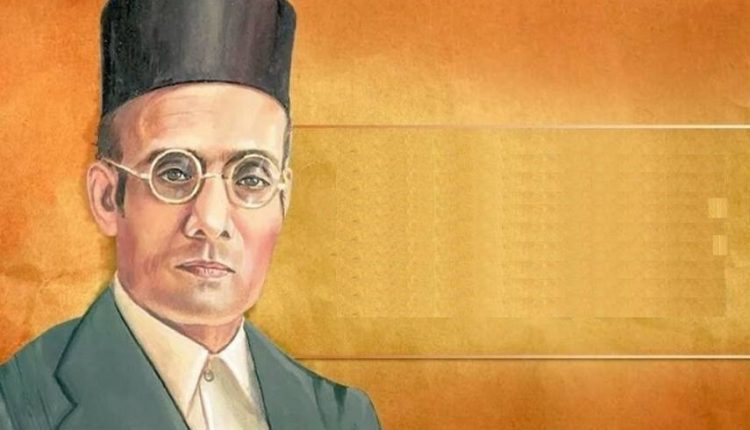 Veer Vinayak Damodar Savarkar: The Hindutva, the man, as I have known him to be

A Hindu, who is a bit different and more adaptable in the present times, than the traditional one.

The pioneer of this ‘Generation Z’ Hindutva’ is none other than the 20th Century Hindu Nationalist leader Swantantraveer Savarkar. I will explain why his ‘Hindutva’ is more adaptable and why his vision of Hindutva has far reaching effects in future than the other theories. But to commemorate the great leader on his 137th Birthday, lets begin with his life journey first…

Born to Damodar and Radhabai Savarkar on 28 May 1883, he was an intelligent boy but with minimum resources. His mother passed away when he was mere 8-year-old and his father, when he was just 16. He got married at a young age and thereafter his studies were taken care of by his father-in-law. Savarkar was an activist from his college life and had been very much vocal since 1900’s for complete Independence from the British Raj. He went on for further studies in London but joined India House, a revolutionary organisation, which was working for Indian Independence from abroad. He was set to be extradicted from England to India and was even jailed for his involvement in anti-British movements. He even jumped in the sea, from the ship, near French coast of Marseilles to escape the Britishers but was handed over back to the them by the French Coastal guards. He also served jail terms in Kala Pani but came out even stronger out of all this.

Now I shall explain the ‘Hindutva’ of Savarkar, as I have always known it to be. It was much ahead of time. It was more scientific, less exerted on rituals and better concentrated towards forming a ‘resistance to aggressions over demography and land of Hindus’. He was vocal against the caste system and was the first few revolutionaries of his time, who went door to door of the people, who were considered ‘untouchables’ back then. In an effort to unite the Hindus from all walks of life, he would often have meal with them. He made himself the ‘test material’ of his experiments on ‘Hindutva’.

Savarkar was an atheist and a ‘Hindutva’ leader at the same time. It may sound ironic, but only if you have not been a part of this. I have felt this when I have practiced atheism and ‘Hindutva’ at the same time and was going through a transition period 3-4 years back. One could find numerous other youths of this generation, who in spite of defying many superstitions, still recognise the concept of defending the Hindu population and their places of worship from being infiltrated or desecrated by other aggressive beliefs.

Hindutva is a ‘resistance movement’ blended with ‘logical belief system’. You may be a very scientific person and not believe any supernatural force and still recognise the aggression happening on the ground, over your Bharat Bhumi for years to convert it away from you. Once this aggression conquers your locality, your every right to free speech, religious freedom, your beautiful, vibrant and colourful festivals and your ideology of atheism shall all be shut on sword tip and you shall be enslaved. A huge number of youths recognise this threat and thus practice ‘Hindutva’ to resist the expansion of such agressions. This process of resistance, which also provides space for modern thoughts, is in real sense, what I call ‘Savarkar’s Hindutva’. A Hindutva where you resist and reply the aggressor in their language only.

The author of this article is a member of Hindu Samhati.