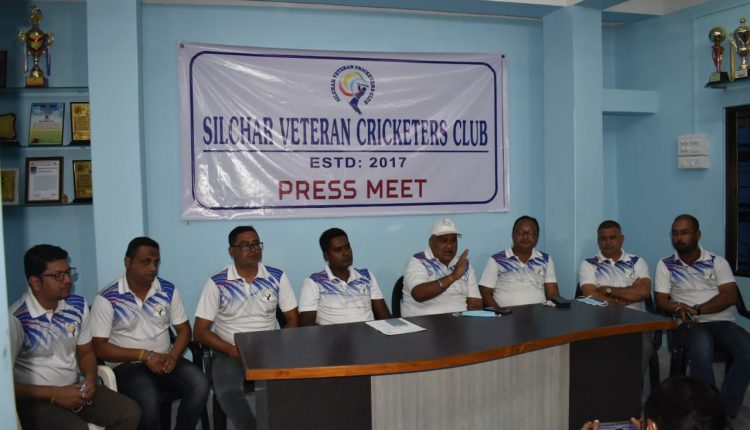 Silchar Veteran Cricketers Club is going to organize a pace bowling coaching camp for young emerging pace bowlers. The camp will start from November 28 and will run until December 6. Former state cricketer Jabed Khan will be the coach this time. This was stated by the officials of Veteran Cricketers Club at a press conference held at Itkhola Club today.

Veteran Club President Bijendra Prasad Singh said, “A few days ago, we announced the coaching camp in advance at our event. Everything is being presented in front of all of you on behalf of the club. We have been thinking of organising such a camp for a long time and finally it is turning to be a reality.”

He further added “There are many coaching camps with state level coaches. However, this is the first time any camp is being organized with an experienced pace bowler.”

Speaking on the occasion club secretary Niranjan Das said, “This pace bowling coaching camp will start from November 26. Former state star of Barpeta Jabed Khan will be the coach. He himself was a fast bowler. At the moment he is the coach of Assam Cricket Association. He will arrive in Silchar on 28th November.”

The Veteran Club had written a letter to Silchar DSA asking for cricket players for participating in the camp. They also urged DSA to permit them for using the field. DSA responded in affirmative to their pleas. Veterans Club wanted a list of 30-35 cricketers for the camp. Accordingly, DSA has given a list of 35 people. There are eight under 13, eleven under 16, eleven under 19 and five senior cricketers.

Club secretary Niranjan Das said the number of players in the camp could increase further. The camp will be held on the practice pitch on either side of the DSA field. The training will be held in two sessions during the morning and afternoon. Niranjan further said that everyone participating in the camp will be given a T-shirt for practice by the club. There will also be a light breakfast.

Main coach Jabed Khan will be assisted by academy coaches of DSA. Under 17 inter-district cricket coach Tathagata Debroy will also be present in the coaching. The Veteran Club Secretary thanked DSA for extending a helping hand in organising the camp.

Meanwhile, Bijendra Prasad Singh, Secretary, Silchar DSA holding a press conference told reporters “I would like to thank the Veteran Club on behalf of DSA for organising such a camp. Usually DSA takes money from clubs for using the field. However, we are not taking any money from the Veteran Club. Silchar DSA will really benefit from organising this camp. The biggest thing is that the emerging fast bowlers will be be benefitted from it. This is the first time that such a pace bowling coaching camp is being organized in Silchar.”