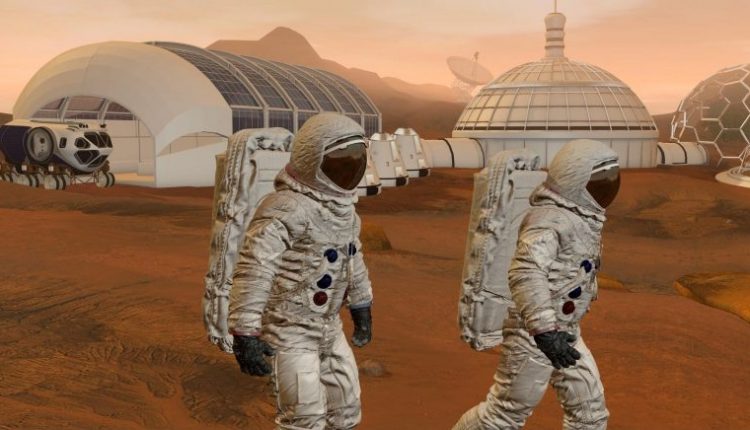 Earth has always been the cradle of life and ever since the dawn of human civilisation our feet has been glued to the ground but our heads held high wondering at our place in the cosmos. But we can’t have our feet glued to earth forever. Since the human lifespan is transient, some of us might lead an entire lifetime without encountering any natural diasater and as a result, we develop a sense of complacency. However on a much larger scale, we are all vulnerable to natural disasters and that’s why space habitation might be a way to ensure the long term survival of the human race.

Interplanetary habitation has always been the subject of interest with Mars being the most popular candidate. Developing a human outpost on Mars would be very challenging since unlike Earth, Mars has a greater radiation exposure as it has a thin atmosphere incapable of filtering out all the space radiation. The surface temperature on Mars has a wide variation with an average of -62 degree celsius. At the lower latitudes, the temperature is around 21 degree celsius near or in the equatorial region. The atmospheric pressure is also much less than that on Earth’s surface. So a future Martian might have to wander around in space suits since out of all odds, Mars doesn’t have an oxygen-rich atmosphere.

NASA has plans to extract Martian carbon dioxide and convert it into oxygen using MOXIE (Mars OXygen In-situ Resource Utilization Experiment). MOXIE acquires atmospheric carbon dioxide and heats it to 800 dgeree celsius and carbon dioxide (CO2) splits into carbon monoxide and oxygen (O) using a process called solid oxide electrolysis, where the O atoms combine to form gaseous oxygen (O2). The oxygen then can be used for astronauts and also for rocket propulsion. NASA also has plans to build habitats on Mars for future astronauts. The habitat or hab will shield astronauts from the radiation and also provide shelter. The building of a hab will be very expensive along with the technological and economic challenges involved but in the long run, we might have a sustainable habitat on the Red planet. 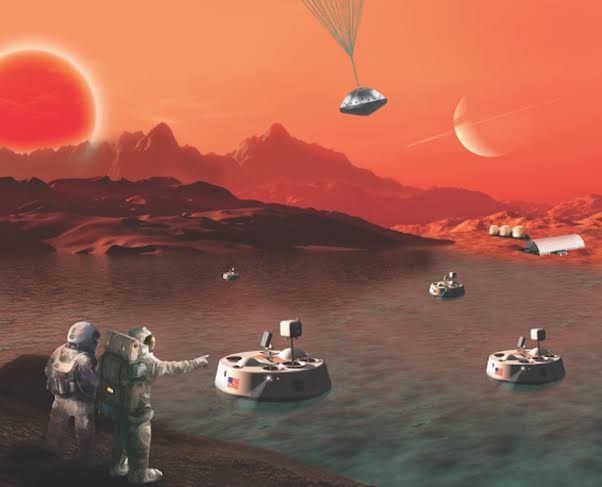 Scientists have also proposed floating cloud cities on Venus. Since, even thinking about building an outpost on the surface of Venus would be ridiculous. The temperatures on the surface can be as high as 480 degree celsius and atmospheric pressure would be about 90 times more than that on Earth and to add to all existing problems, Venus is always covered in a haze of sulphuric acid and it has a super slow rotation; a day on Venus is equivalent to 248 earth days. The cloud tops however are better with earth like pressure and temperature. A cloud city will be able to float above the Venusian clouds as it will contain breathable air which is a mixture of oxygen and nitrogen that will work as a lifting gas in a dense carbon dioxide atmosphere, much like helium does on Earth. A cloud city would take the advantage of atmospheric winds to circle the planet once every four Earth days. Cloud cities could be a great way for re-territorialization of Venus only if we overcome the technological challenges involved. 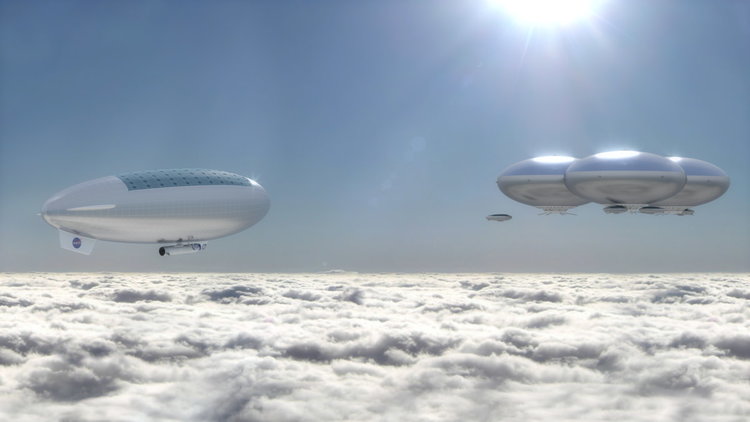 Constructing human outposts on the moons of Jupiter and Saturn have also been suggested by scientists. Callisto and Europa, the two moons of Jupiter could be used for expanding human frontiers and also for exploitation of resources. Saturn’s moon Titan is the most popular target for building a human outpost. It has a substantial atmosphere and its rich in carbon bearing compounds that could have a lot of economic advantages. Titan is also one of the most hospitable place in our solar system with rivers, lakes and seas of liquid methane and water ice in its crust.

Travelling beyond our solar system has been the most interesting topic of discussion. But due to the vast distances and slow speed, interstellar travel still remains in the realm of fiction. The voyager space crafts launched by NASA in 1977 didn’t reach interstellar space until 2012 (Voyager 1) and 2018 (Voyager 2). It wasn’t until 3-4 decades that Voyagers left the solar system to be the lone interstellar messengers in the ocean of forever, even with a speed of 17km/s. At that astonishing speed, it would take 70,000 years for the Voyagers to reach the nearby star system alpha centauri which is located 4 light years away. Its also not possible to travel at or near the speed of light as the relativistic time dilation would make things a lot difficult. If a space ship moved at 80% the speed of light towards Alpha Centauri star system and back to earth, according to people on Earth, the round trip would take 10 years for completion. However the inmates of the space ship will have a different experience. They will experience only 6 years of space flight. This kind of constraints can make interstellar travel seem like wishful thinking. However some physicists agree that faster than light travel is achievable using a Star Trek tech called an Alcubierre drive or Warp drive. A warp drive can achieve faster than light speed by contacting and expanding the fabric of space-time and thus making the distance shorter and effectively achieving superluminal speed. At faster than light speed, an interstellar traveller can reach Proxima Centauri b (an extra solar planet) in a matter of weeks. This could help us complete a full reconnaissance of our interstellar neighbourhood. 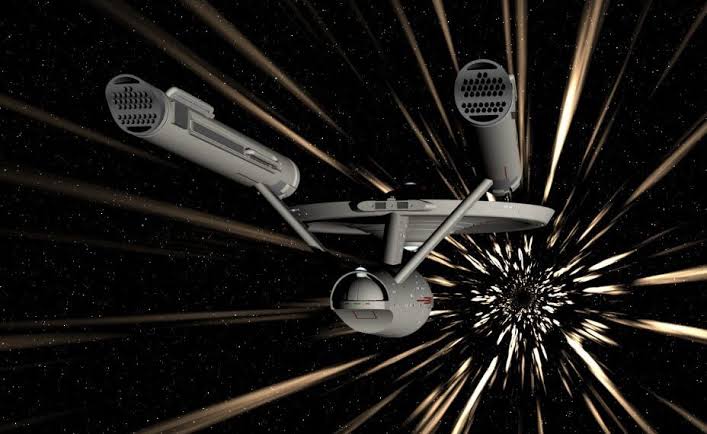 However, as much fictional it looks, some physicists suggest that a warp drive might be a possibility in the near future. Einstein’s theories don’t allow superluminal travel but bending the fabric of reality might as well trick Einstein’s relativity. But so far, this possibility lies far away in the future. Its still a topic of vigorous research and physicists are working on mathematical models to overcome all the problems related to superluminal travel using Alcubierre drive. As of now we’re slowly moving our ship of curiosity in the cosmic ocean and hopefully one day we might go deeper. No one knows what’s out there and we can’t exactly say that the new found ideas are totally fictional. As sir Issac Asimov once said, “Today’s science fiction is tomorrow’s science”. Maybe one day we will go to the edge of the solar system just like we move from New Delhi to New York city because the future is very much uncertain and yet open to all possibilities.

How Silchar's Sahil Tailors lost its joy during pandemic, flood: Looks forward to…