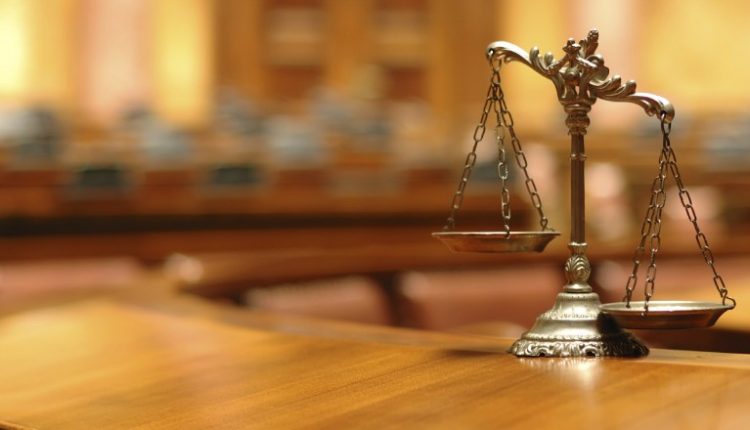 Who has hurt "Hindu Sentiments" and "Insulted Gods" more? The Silchar girl or the troll brigade

This is a stanza from Bharat Ratna, Atal Bihari Vajpayee’s poem ‘Hindu Tan Man, Hindu Jeevan’. The former Prime Minister of India illustrates the essence of Hinduism in his poem. When did the Hindus ever abuse Independence to make everyone their puppets? When practitioners of all other religions got busy chest-thumping and establishing their God is the only God and superior God, Hindus invested energy in spreading knowledge and creating space to accept the rejects. Vajpayee questions- when did Hindus ever barge into the private space of others to propagate Hindu beliefs? When did the Hindus ever torture people in the name of Lord Ram?

“The answer is Blowin’ in the Facebook Walls!”  – To be more specific, if someone asks the same questions as in the poem in Silchar, the answer would be yesterday or day before or day-day-before or last week or the week before. Hindus today are doing all that Atal Bihari Vajpayee thought would never be a part of Hinduism, a part of Hindu Tan Man, Hindu Jeevan. After all that has happened in Silchar in the last five days with a minor girl, how many can today say with pride that, “Rag Rag Hindu Mera Parichay.”

This week on August 16, is Bharat Ratna Atal Bihari Vajpayee’s second death anniversary. There has hardly been a bigger statesman than him. He is a freedom fighter, he went to jail during the emergency, played a pivotal role in making India a nuclear power, went and won wars to save every inch of India’s land. He practiced Nationalism by accepting everyone and not the only ones who believed in him or his beliefs. He is a Hindu who practiced Hinduism as a religion that believes in inclusiveness, that believes in questioning, that believes in descent. One above all, and I above rest, and only me has never been his brand of Hinduism. Be it nationalism or Hinduism or public discourse or debate or the art of war, Vajpayee has left his footprints for the rest of the world to follow. But only if one wants to.

A schoolgoer commented on a friend’s post on Facebook, “How about beef Rogan Josh. If you haven’t tried already. Muslim hone ka kya fayda hua phir? My mom will never let me had. But I have already had. Please khabe ar review dio (do eat and review).”

One can argue that there is nothing wrong or illegal in this comment. But the fact that it comes at a time when the administration had to clamp a curfew to curb communal unrest in areas of the district makes it questionable. Without giving any benefit of the doubt to the girl, the post is debatable, at least, the majority of the population thought so.

For some, consuming pork is forbidden, for some it is beef, and there are Indian states where dogs are still in the list of animals allowed to be slaughtered and consumed. While now it is the nature of the food, earlier it was who is looking at it and who is cooking it and who is serving it. Food is as sensitive a subject as religion is in a heterogeneous country like India. It has always been that.

In the book, Caste, Culture and Socialism by Swami Vivekananda there is a chapter titled, “False Gods.” Swami Vivekananda urges people to separate religion from the kitchen. He writes, “Religion has got into the kitchen.” He explains, “All the old customs have faded away, and nothing but a vague notion of not-eating with this man and no eating with that man has been left among our countrymen. Purity by touch is the only relic left of the good rules laid down hundreds of years ago.”

Sharing the context he writes, “Three kinds of food are forbidden in the Shastras. First, the food that is by its very nature defective, as garlic or onions. Secondly, food contaminated by external impurities. Thirdly, we should avoid food touched by a wicked man, because contact with such produces bad ideas in us. But the spirit of these observances is gone.”

So then, should a generation that lives on onion rings and garlic bread give a lecture on food?

Let’s burp, it is not about food it is about hurting religious sentiments and an alleged attempt to disturb communal harmony. Fine, some Bhattacharjee needs to be taught a lesson, but then by whom?

There is no time for it to go through the scrutiny of the law. In fact, there is no scrutiny. The screenshot gets shared by one on Facebook and the person tags 15 others. One of the 15, shares it again by tagging 30 others. One of the 30 posts, this time tagging 60 others. Now people are sharing with comments, “She wants to become famous, let’s make her famous.” Soon the brigade crosses the bridge and turns into a wild mob. The school she studies, her residential address, her parents’ place of work everything gets revealed. The girl’s parents are getting abused, the girl is getting rape threats, the girl’s mother is visualised getting remarried to a man from the Muslim community. This young Bhattacharjee girl, scared after death and rape threats deactivates her Facebook account.

A random scroll through the barrage of abuses will feature many individuals using Lord Shri Ram’s image as display pictures. But their comments read – abuses, slurs, slut-shaming, body shamming. While abusing the girl, the trolls make communal statements that are far more vicious than the girl’s recommendation to eat beef to a Muslim friend.

A look at some of the comments and there are thousands of them. In the centre is her post. 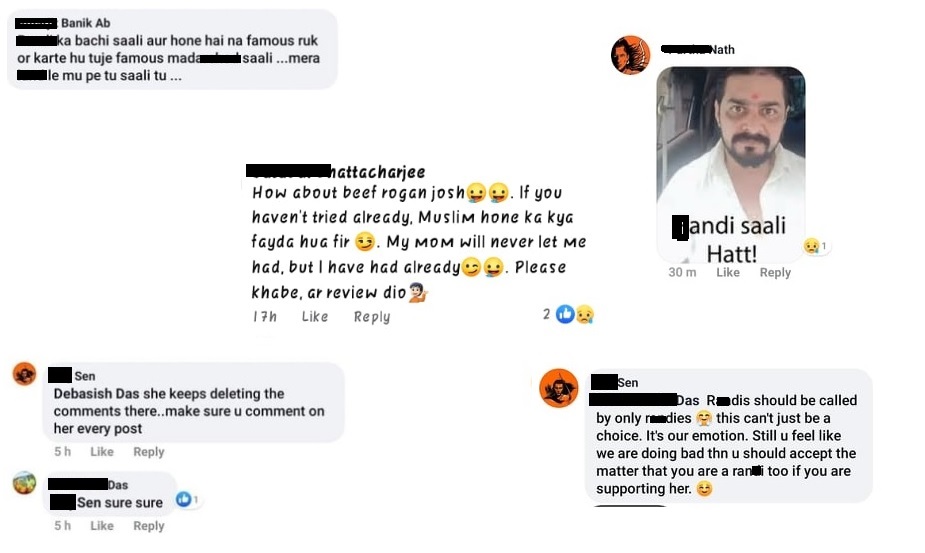 After the girl has deactivated the Facebook account, trolls start sharing her Instagram profile link and announce, “Akramaan” (attack.) They recommend each other to comment, after all, the girl wants to become, “Famous” as per them.

This act of “Akraman” continues for two days and then on the third day, an FIR gets lodged against her. The case gets registered under “295 (A) and 67, Information Technology Act. Section 295 A for deliberate and malicious acts, intended to outrage religious feelings of any class by insulting its religion or religious beliefs. And 67, IT Act for publishing or transmitting obscene material in electronic form. By the way, Swiggy, Zomato, Godrej they all market beef digitally, sell and deliver them at home 100% legally with government’s permission.

If this is an ‘Akraman’ against hurting religious sentiments, then who is the real “Ravana” (the devil in Ramayana). The girl or the ones who abused the modesty of her family and while doing so hurled communal statements that could have added fuel to the communal tensions. Aren’t those using Lord Rama’s image as their display picture while writing derogatory statements in a way insulting the very God?

Or has the definition of ‘Ravana’ changed? As we have digressed from Atal Bihari Vajpayee’s brand of Hinduism, have we written our own version of Ramayana too? Lord Rama went on war to rescue a woman in Ramayana. In Facebook, the Ramas in the form of display picture do the otherwise and youth organisations take pride by lodging an FIR against a girl. Yet, no resistance or FIR against those abusing the very essence of Hindu Gods.

There is no question that the troll brigade insults Hinduism more than the girl did unless it is a new brand of Hinduism that Atal Bihari Vajpayee did not know.