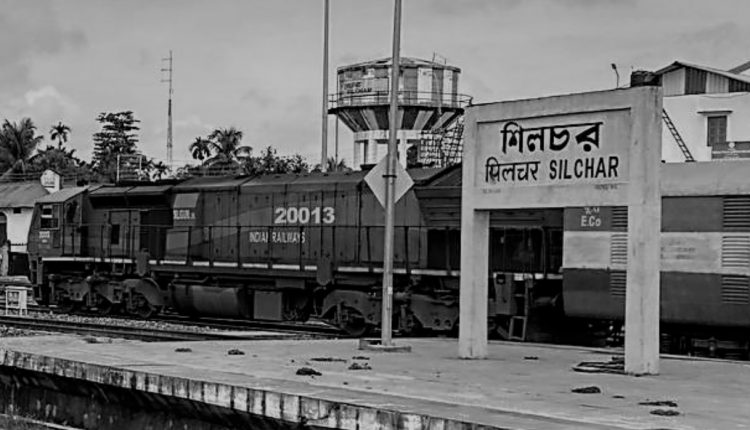 Does our beloved Silchar have any birthday of its own? Do the annals of the second largest urban conglomeration in Assam carry an event which could be linked to its birth? Wading through the piles of relics and records and then zero in on the correct date of birth of a human habitation is always fraught with the possibilities of unforced errors and judgmental complications. In this context the controversy around Kolkata’s date of birth and the founder of the City of Joy readily crosses our mind.

Old timers may well recall that August 24, 1690 was officially recorded as the date of birth of the Kallolini. That very day, the historians once were in agreement, Job Charnock of the British East India Company had set his foot somewhere at Nimtalla Ghat of North Kolkata. Accordingly, the Calcuttans (the city was yet to be renamed Kolkata) celebrated the Tercentenary back in 1990 with extravaganza. But later on the family of Sabarna Roy Choudhury, which is believed to have owned much of what Kolkata today, raised objection to the credibility of the history of this ‘birth date’ by filing a case in the court. This Kolkata anecdote finds a mention in this brief piece only to keep myself alert and guarded of the likely pitfalls of the proposition that follows!

It is well-known to everyone that on August 14 of 1832, the British annexed Cachar. After the assassination of the last Kachari king Gobinda Chandra in 1830, the Britishers practically started to rule this stretch. However, the formality of a lawful (?) annexation was concluded via the deceitful route of the Doctrine of Lapse within two years. Although Cachar came under their direct rule, at first the British were not very enthusiastic about Silchar.

According to the noted historian, Debabrata Dutta, whose work I have lavishly drawn upon, Silchar mostly fell under the cantonment area those days. Hence, the civil administration was not left with much of jurisdiction in Silchar. On the contrary, the military officials often went outside their cantonment area and encroached to the civil areas to impose their authority there. Had the Company’s rule continued for some more decades, Silchar might have remained as a garrison town. However, thanks to continuous change in the policy regime in the Great Britain and as an immediate fall out of the decision of the Governor General, Lord Ripon, Silchar got a municipal ecosystem.

On this very day in 1882, i.e., February 26, the Station Committee in Silchar chugged on. Eleven years down the line this committee was metamorphosed into a full-fledged Municipality. Even without going into the subtle nuances of historiography it could probably be safely said that the first meeting of the said Station Committee heralded the declaration that Silchar would now onwards be a town and not a village. At that historic meeting were present three British officials including President Knox, all of whom in their ex-officio capacities. Among the native people present in the meeting were Jagatbandhu Nag, Abhaya Charan Sharma, Dakshina Charan Sen, Baikuntha Chandra Gupta, Harakishore Gupta, Halim Ullah Munshi, Shiv Charan Sarkar, Ramdulal Deb and Kalimohan Deb. All of them were government-nominated members. The minutes of that meeting read: “This was the first meeting appointed to administer the affairs of the newly created Station of Silchar. All the members were present.”

Among the pieces of business transacted in that meeting was passing of the municipal budget for the financial year 1882-1883. The groundbreaking research of Dutta has revealed that the size of the budget for Silchar was pegged at Rs. 1344. It is worth mentioning here that according to the estimates of Dadabhai Naoroji, India’s national income around that time was Rs. 340 crores, and the population of the country was 17 crores. This means, the per capita income of an average Indian back then was Rs. 20. In the context of the state of the Indian economy in that epoch, the municipal outlay for Silchar was pretty impressive.

At the fag end of this essay, allow me to come to the main point. I would now try to arrive at a conclusion based on couple of irrefutable premises.

1. The primitive version of Silchar Municipality was Station Committee which has had an unbroken tryst with the former.

2. The first-ever meeting of the Station Committee was held on February 26, 1882.

3. Before that, Silchar was not officially designated as an urban centre a slim municipal wing in the office of the Superintendent notwithstanding.

4. It was through formation of the Station Committee and its maiden meeting that Silchar got the title and status of a town for the first time because, after all, a municipality is formed only for and in a town.

Based on the above four propositions, can’t we conclude that February 26, 1882, is indeed the date of birth of Silchar? And, if yes, simple arithmetic would tell you that our deary town has stepped into the 140th year today.

I am indebted to Dr Amalendu Bhattacharjee for research guidance.

The author of this article, Joydeep Biswas is Associate Professor, Department of Economics, Cachar College.