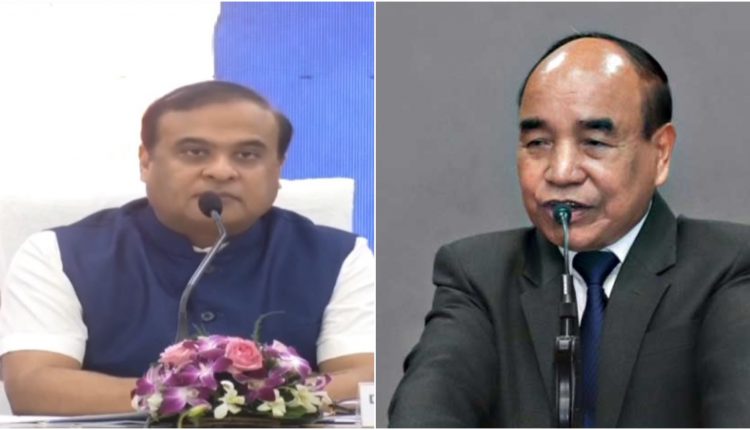 "Will not summon or investigate Assam CM," Mizoram Police; Probe against others to continue

Speaking with Barak Bulletin, Kolashib SP Vanlalfaka Ralte said that the Government of Mizoram has decided to keep the chief minister of Assam, Himanta Biswa Sarma outside the purview of any investigation. “Respecting the dialogue going on between the two states, we have decided to withdraw investigation against the Honourable Chief Minister of Assam.” Ralte, who himself was sitting with IG Anurag Agarwal when the fire was opened, added, “We will not serve any summons to the Honourable Chief Minister of Assam as that is what the government has decided.”

It is worth noting here that according to the map of Survey of India as well as GPS coordinates of Google Maps, the incident occurred within the territory of Assam a kilometre away from the Lailapur BEET office.

Reacting to the complaint, Himanta Biswa Sarma had said, he will cooperate with the investigation. “I will be very happy to join in any investigation,” Sarma wrote on Twitter.

However, he argued, “But why the case is not being handed over to a neutral agency, especially when the place of occurrence is well within the constitutional territory of Assam? Have already conveyed this to ZoramthangaCM.”

Speaking with the media, Himanta Biswa Sarma said, “The incident occurred within the jurisdiction of Assam and so, Assam Police has the rightful authority to investigate the incident, which is being done today. However, if the case needs to be handed over to CBI or an NIA, Assam would be happy to do so.”

A recent tweet from Himanta Biswa Sarma reads, “Our main focus is on keeping the spirit of North-East alive. What happened along the Assam-Mizoram border is unacceptable to the people of both states. Honourable CM Zoramthanga had promised to call me post his quarantine. Border disputes can only be resolved through discussion.”