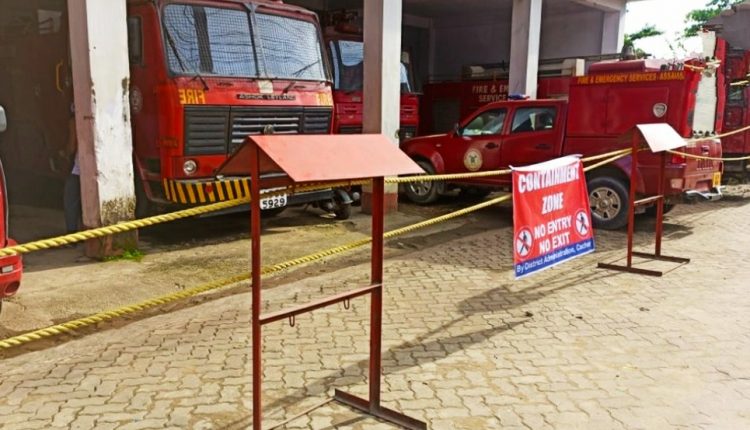 With 13 positive, Tarapur Fire Station becomes a containment zone; In case of emergency, nearest ones to fill in

Tarapur fire station located near India club, Silchar has been sealed by the district administration. The step has been taken after 13 individuals from the same fire station tested positive for COVID19.

“All of them were tested using the rapid antigen test kit,” informed a senior officer in Silchar Fire Station. The officer added that the 13 includes, constables, havildars, and drivers.

“Now the fire station has become a containment zone and that is why entry and exit are prohibited. We do not have the resources to provide service from this fire station as most of our men are in the custody of the District Health Department,” added the officer.

District Development Commissioner, J R Lalsim also in charge of District Disaster Management Authority has assured that they have alternate resources to combat emergencies. “Though the Silchar Fire Station has been converted to a containment zone, in case of an emergency, we can use the resources from nearby Fire stations,” said Lalsim.

Apart from Silchar Fire Station, the engines operate from, Rangirkhari Fire Station and the ones located in Udharbond and Lakhipur.

On the other hand, Cachar SP, Bhanwar Lal Meena said that the police department is ready to extend support to the Fire stations in case of emergency.