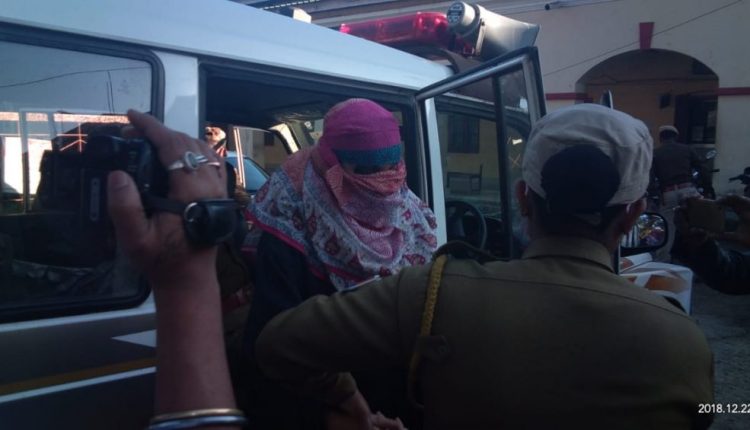 Priya Mazumder, who was arrested on Friday night in connection with the incident of an assault on two tribal woman vendors at Jail Road in Silchar on November 24, was produced before a court in Silchar on Saturday and sent to judicial custody.

Two tribal woman-vendors Gracy Hmar and Lalmounpui Hmar, residents of Hmarkhawlien village in Cachar district, were assaulted at a roadside market at Jail Road in Silchar on November 24 for allegedly stealing a stray dog to sell its meat.

An FIR was lodged with Silchar Sadar Police Station on December 5 following a video of the assault surfaced on social media. A case under Sections 147/294/325/354/506/153(A) of the IPC was registered and a probe initiated.

The video, which created hysteria among a huge number of people across social media platforms, shows a girl identified as Durba Paul abusing, threatening, dragging and beating up one of the woman vendors. Two others – Priya Mazumder and Sagnick Gupta were present at the spot. All of them disappeared after the FIR was lodged.
Sources said Priya was apprehended by police from a house at Kali Mohan Road, Tarapur around 9:45pm on Friday night. She was then brought to Silchar Sadar Police Station and eventually her statement was recorded. On Saturday afternoon, she was produced before the court which sent it to judicial custody. 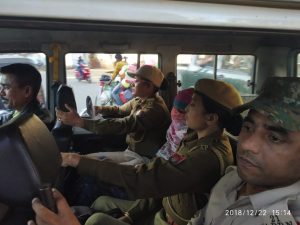 A source in police said Priya, during interrogation, denied hitting any of the woman vendors. A mobile phone, which was recovered by police from her, did not have any data like call records or messages. All the data were deleted. Technical assistance is being taken by the police to retrieve the lost/deleted data and find out more details related with the case, the source said.

Speaking to Barak Bulletin, Lalsiemthar Hmar, vice-president of the Barak Valley Hmar Students’ Association, lauded the police authority for arresting one of the accused. He, however, demanded that the two other accused Durba and Sagnick be arrested soon.
He also stressed that the police should investigate the matter thoroughly so that the other people who were with the trio on that day and might be involved in the assault are identified and punished.

Fanjowbam Lokenath, secretary general of the Manipuri Youths Front Assam, echoed Hmar and heaped praises on the police, especially Cachar superintendent of police Rakesh Roushan and the investigating officer Kamalesh Singh for their constant efforts regarding the case. Hopefully, the police will catch the two other accused soon, he said.
Several organisations and civil society groups including the Barak Valley Hmar Students’ Union, Manipuri Youths Front Assam, All Assam Manipuri Students’ Union, Dimasa Students’ Union, Khasi Students’ Union and Stand for People’s Group and Silchar Youth Members among others had on Wednesday staged a protest in front of Cachar deputy commissioner’s office in Silchar demanding arrest of all the accused in the case. The organisations threatened of large-scale protests if the accused were not arrested soon.

Cachar superintendent of police Rakesh Roushan told Barak Bulletin on Saturday evening that the other accused Durba and Sagnick were at large and efforts were on to nab them. “Sources are active in different locations. Hopefully, they will be apprehended soon,” he said.

Police are also sourcing information and inquiring if anyone else was involved in the incident. Anybody found involved will not be spared, he said.