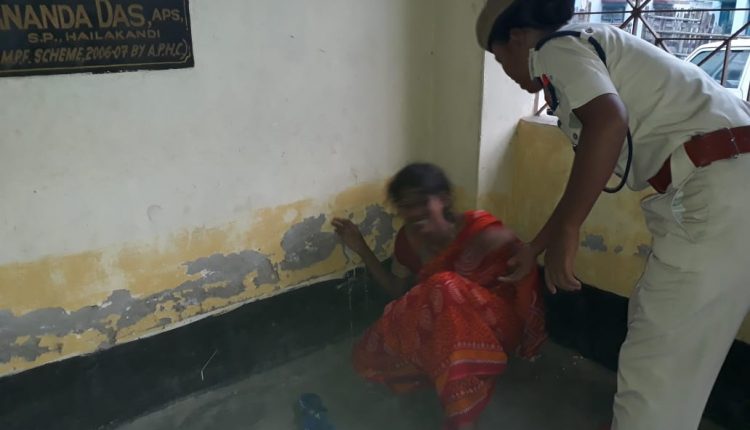 In a shocking turn of affairs, a woman was kidnapped from the Silchar Medical College and Hospital premises on Monday night.

Hailakandi’s Matijhoori resident Jashim Ali Laskar (name changed) was admitted in the Medicine ward and he was accompanied by his young daughter Sabina Begum (name changed). While in the ward, a lady came and approached Sabina for a cup of tea. Sensing no trouble, Sabina agreed to join the unknown lady for a cup of tea and walked to the stall.

A few sips from the cup of tea is the last thing she remembers. An next she found herself in the railway crossing in Hailakandi in the middle of the night.

Panic striken Sabina started shouting to gather attention. And rightly so, Hailakandi Municipality sweepers who were gearing up for their morning duty heard Sabina’s cry and rushed to help.

Meanwhile, a Maruti Suzuki Alto drove out of the scene in a hurry. And when they reached the spot, they found two women there. One was Sabina and the other has been identified as Hasina Begum.

Hasina is a resident of Sonabarighat in Silchar. Sabina told everybody what happened. She mentioned how Hasina offered her the spiked cup of tea. The Municipality workers kept Hasina captive till police arrived. Sabina’s brother in Matijhoori was also informed about the incident.

Lala Police Station’s officer in-charge Monirul Islam informed us that Police is investigating the matter, “Why and with whose support Hasina brought Sabina to Lala is something we are investigating,” he added.

Lala Police recovered a Voter id card of an individual named Bishnu Pratim Paul, his Pan card and SBI ATM card. Hasina informed that two youth were there in the car that evaded the scene and the documents were thrown by them on their way off.

Police is trying to nab the other two man involved in this case of women trafficking.