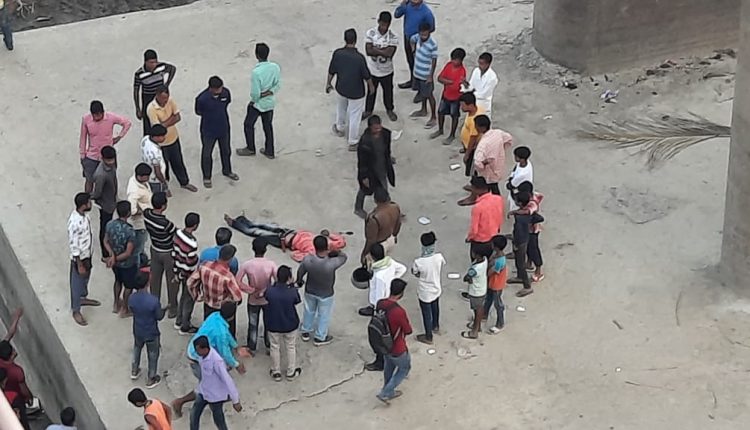 Young boy jumps from Sadarghat bridge in Silchar, dies on the spot

Today afternoon a 20-year-old boy climbed up the railing of the new Sadarghat Bridge and jumped off. As the water level is low, he landed at the concrete base of one of the pillars.

The boy died on the spot. Locals informed the Police about the incident and officials from Silchar Sadar Police Station rushed to the spot. After searching his pocket, the Police found a voter-id card.

The police officer who went to the spot, F. Uddin Laskar said that he has received a call around 4:30 pm and it was informed that a boy has jumped from the bridge. “After arriving at the spot, I saw that his body has got deformed and he was bleeding from his head. I have informed the magistrate about the incident and now we will send the body to Silchar Medical College and Hospital for postmortem,” said the Police official.

According to the voter id card found from the wallet of the deceased, his name is Ujjal Dutta. Son of Lalmohal Dutta and is a resident of Madan Mohan Mamadpur Cha Bagan and Basti, Gamarital, Karimganj. He is a voter of the Badarpur Assembly constituency.

Why he jumped off the bridge remains a mystery. “It is too early to assume anything. We will send the body for postmortem and based on the report, we will investigate the matter,” said the Police official.