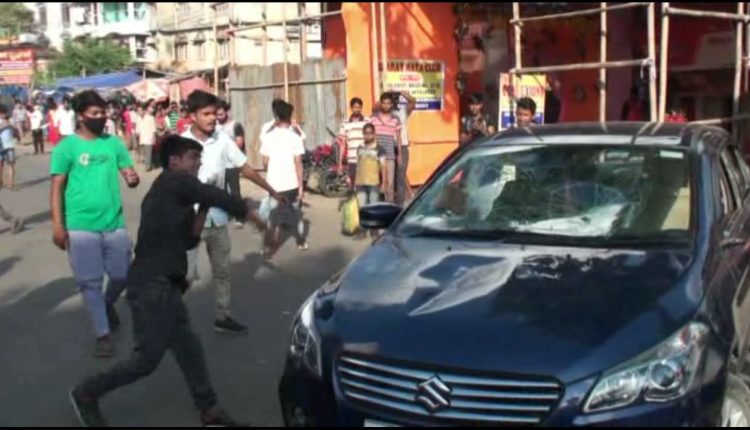 “An eye for an eye makes the entire world blind,” understanding the famous quote from Mahatma Gandhi is the need of the hour. Young boys are spotted vandalising vehicles in various parts of Silchar town today. An ASTC bus, a private car and many other vehicles have been damaged so far.

Near Sanjoy Market in Rangirkhari a group of young boys vandalised a private car. A video of the same has surfaced on social media which shows that the teenagers and young boys in their 20s taking law in their hands. All this is happening in the name of protest against the disastrous accident that took place near Meherpur last night. A speeding truck ran over an idol-immersion-procession leaving two dead and 19 injured.

Highly placed sources in the district administration informed us that three boys have been taken into custody for creating ruckus on the streets and vandalising vehicles.

Yesterday, MP Rajdeep Roy, doctors and people of all spheres appealed to the mass to maintain peace and not resort to violence. The accident was a horrible one and it definitely exposed many loopholes in the traffic management and road safety, however, vandalising cars bought by spending hard-earned money is no solution at all.