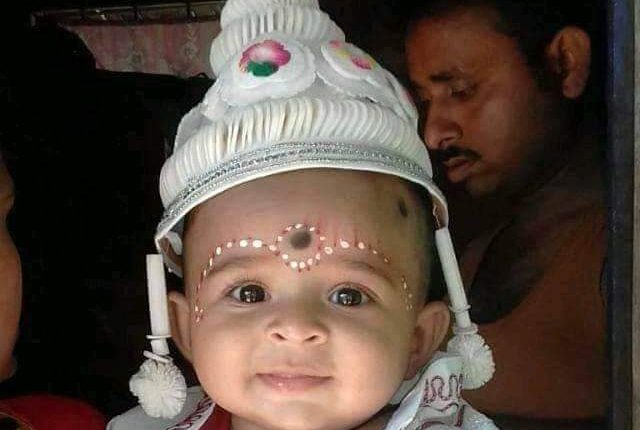 Cancer defeats 2-year-old Rohan and efforts of Barakians; He is no more

From, Silchar Medical College and Hospital to NEIGRHMS Shillong to Guwahati Medical College and then AIIMS in Delhi. Rathikant Paul left no stone unturned to save his son. When he was just five months old, Rohan Paul fell off from his bed hurting his nose. He was immediately rushed to the nearest hospital for treatment. It looked like nothing but a casual fall, something that happens to most of the kids while growing up.

Soon Rathikant Paul and other members of the family realised that it was not just another swelling. Young Rohan’s right eye would often get covered by his swollen nose. While homeopathy came in rescue, it was just a temporary respite. Doctors in SMCH diagnosed that Rohan is suffering from Neuroblastoma – a rare type of cancer. Rohan’s parents got to know that this can be treated in AIIMS but for that, they needed a lot of money.

Residents of Silchar started pitching in, a crowdfunding drive took care of the financial problems. Rohan got operated but did not recover. Today morning at around 4:00 AM Rohan breathed his last.