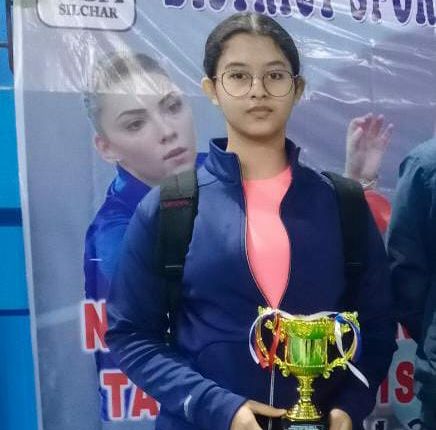 Promising and talented paddler Swarnadeepa Paul from Silchar has left this world for heavenly abode. On Wednesday night, she committed suicide by hanging herself in her own residence in Ambicapatty, Silchar. The reason behind this is still unknown, but the matter of the fact is that Swarnadeepa, who’s a skilled paddler from the Cachar district, is no more among us.

After discovering her body in the bathroom in a hanging position, her family members rushed her to the Silchar Medical College & Hospital immediately. But all in vain as the doctors had announced her to be already dead by then.

Swarnadeepa’s family originally hails from Hailakandi. Her family members still can’t accept the fact that their daughter is no more. She was an extremely talented paddler, and for the purpose of availing better TT training, her family had shifted to Silchar years back.

Swarnadeepa started playing table tennis at the tender age of 12. Then gradually made it to the Under-14 and Under-17 teams of Silchar as well. She used to be a regular member of the district team. She had also competed in the State School Olympics, including the All Assam Major Ranking. In recent times, she came out as the champion in several tournaments of Silchar in her category.

No one seems to be able to accept the departure of such a promising paddler at such a young age. The local sporting community is also speechless at her untimely demise. The Table Tennis Club of Udharbond has expressed its condolences and the club’s academy practice was kept closed on Thursday following the untimely death of Swarnadeepa.