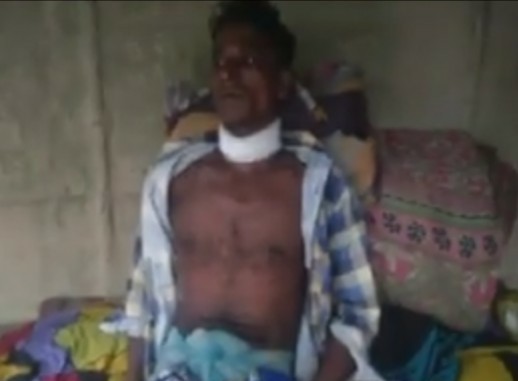 Barak Valley man attempts to sacrifice himself on Eid, locals rescued him

Salim Uddin a resident of Kanchenpur area, like thousands, headed towards a mosque yesterday on the auspicious occasion of Eid-Al-Adha. The difference was, while others were heading to the mosque to offer prayers, Salim Uddin had other intentions.

Yesterday afternoon, right in front of Nooraji Masjid, located in Kanakpur area, Salim Uddin slit his own throat multiple times. When locals spotted him bleeding on the road they rushed and snatched the knife from his hand. According to eyewitnesses, he said he was fed up of his life and wants to offer his own Kurbani (sacrifice) to “Almighty Allah”. Eyewitnesses also informed that he even tried to jump on an electric transformer located nearby.

He was taken to the nearest hospital and the bleeding stopped after doctors stitched his throat. According to doctors, the slit was not that deep and Salim Uddin is out of danger.