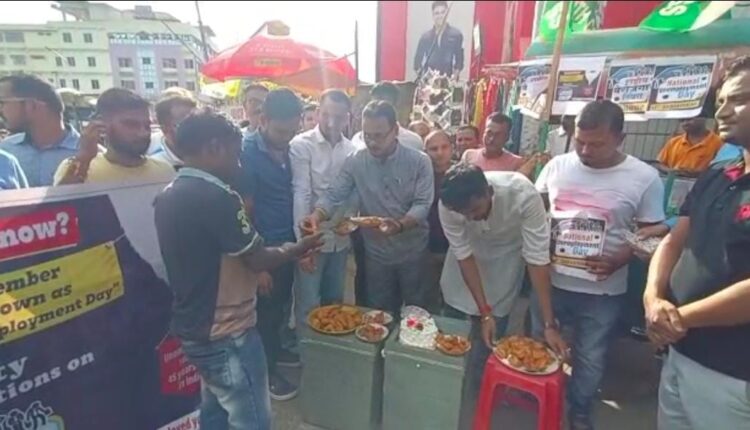 The demonstration started in the afternoon where the cadres of the IYC set stalls of pakodas, shingara and tea to distribute among the people there. This is a symbolic to the comment made by the PM back in January 2018, when he said the street food vendors selling pakodas should be considered in the employment statistics. Various placards, banners and slogans were raised stating facts about unemployment in India. One poster read, “Unemployment rate at 45 years high in India” and National Unemployment Day written in bold. 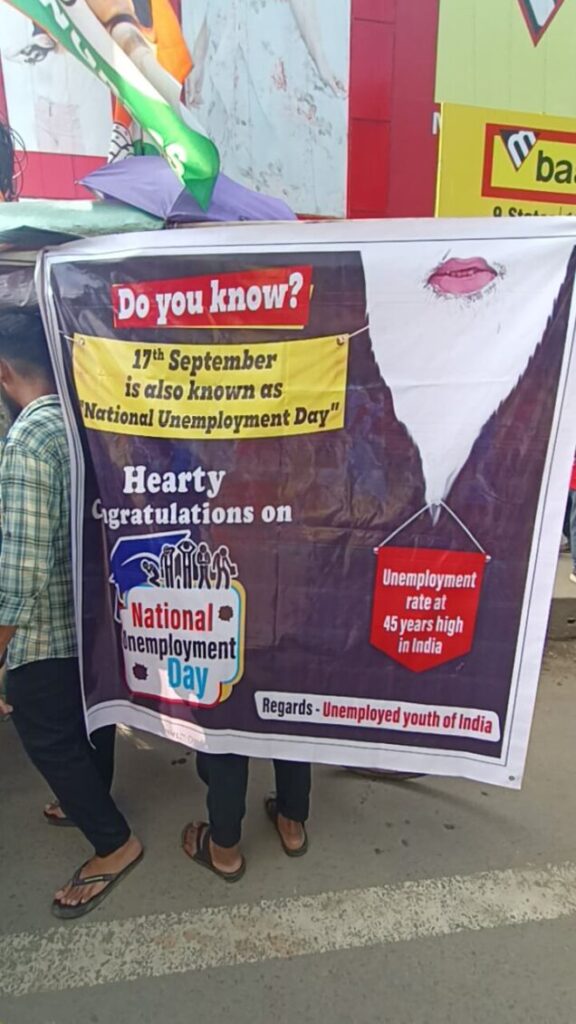 Speaking on behalf of the IYC, the working President of the Cachar district committee, Pallab Singh said, “This is the birthday of the PM of India, Narendra Damodar Das Modi ji and on this day we are celebrating National Unemployment Day. On the occasion of his birthday, we cut a cake and now we are distributing pakoda, singhara and tea among the people. Modi ji has said he will give 2 crore employment every year but even after 8 years of his government where there should have been 16 crore employment, the opposite has happened. Unemployment rate is at a 45 years high in India. All his statements are ‘jumla’. We want to ask him where his promises disappeared, he says one thing before the election but does something else after winning. We will celebrate his birthday as National Unemployment Day in the future as well if he plays with the future of the youth like this”.

Tamal Kanti Banik, the Cachar District President of Indian National Congress was also present in the pakoda distribution. Addressing the media he said, “India is the country with the most youth population and it has the highest unemployed youths. Modi ji has time and again made fake promises. He has said in the past about giving 2 crore employment every year but after 8 years of his government, they can’t even generate 1.5 lakh jobs”. Speaking about the Unemployment Day he said, “Indian National Congress and the Indian Youth Congress have been celebrating Modi Ji’s birthday on September 17 as National Unemployment Day and we will continue to observe this in the future if he can’t fulfill his number and promises”.