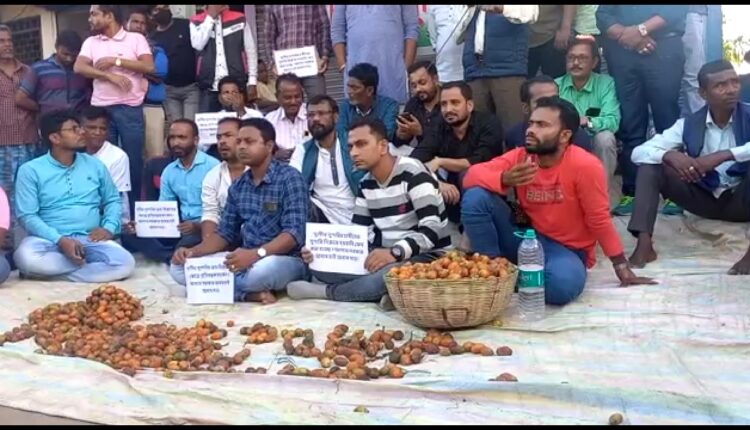 Youth Congress demonstrates in Kalain Bazar against the harassment of local betel nut growers, protest turns into clash with police

Just a day before the Assam Cabinet meeting in Silchar, the Kalain Committee of the Youth Congress organised a demonstration against the illegal trade of Burmese areca nut in Assam. The demonstrators today raised the demand of problems being faced by local betel nut farmers for the trade of Burmese supari trade. When the protesters tried to block the road to make their demands heard, the police gathered there. It soon turned into a cladh between them and members of the Youth Congress. Later they agreed to continue their protest on the sidewalks of the road without interrupting the traffic flow.

Their demand is to end the unnecessary harassment of the local betel nut farmers and sellers. The demonstrators sat with locally grown betel nuts in front of them and started the protest meeting. Different members of the Youth Congress spoke about this issue and raised their demands. A member during the protest said, “We have been hearing about SOP for local supari, but there is no SOP. It is just like Covid SOP, which everyone talks about but it’s non-existent and no one followed. We want this issue to be discussed in the meeting with complete importance tomorrow”. 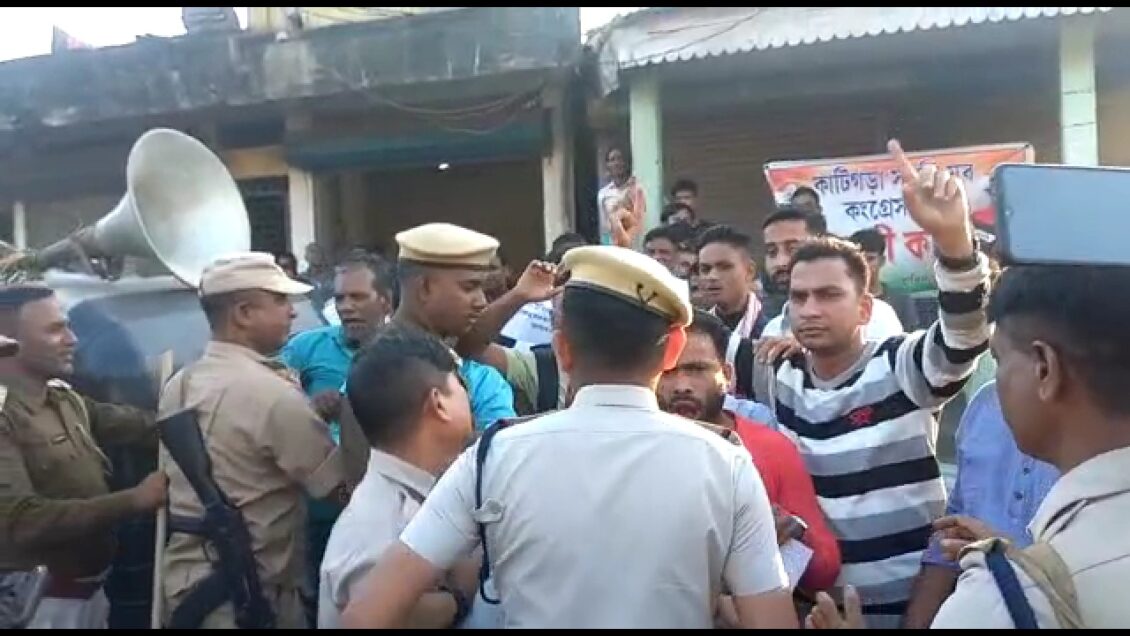 Another picketer said, “We want the Burmese supari to be banned and the trade to be stopped. If the Burmese supari is illegal, then why do we hear the news almost every other day about trucks filled with sacks of Burmese supari being caught by police and even locals in Katigorah, Silchar and so many other places? If there are checkpoints at different places how are these trucks entering Assam? There is definitely a syndicate which is active and unless this syndicate is torn down, this will not stop”.

The members also said, if their demand is not fulfilled, they will continue this strike tomorrow in Silchar and later in Guwahati if the need arises. Slogans of “Assam Sarkar Hay Hay” and “Krishi Mantri Murdabad” were also raised by the picketers during the clash between police.