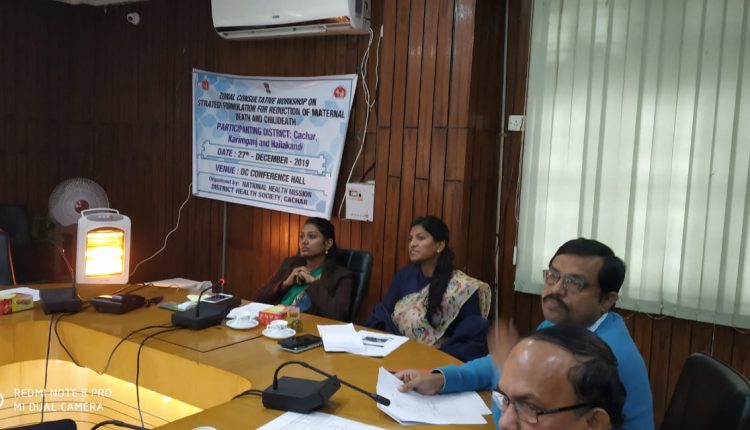 Discussion was held on Maternal Health and Child health scenario of the district and feedbacks were taken from different concerned authorities. Suggestions were shared by Silchar Medical College & Hospital authorities and the officials of three districts.

Among the others who participated in the workshop consists of ADC (health), Joint Director of Health Services of Cachar Karimganj and Hailakandi, principal of Silchar Medical College and other Health officials of the three districts.