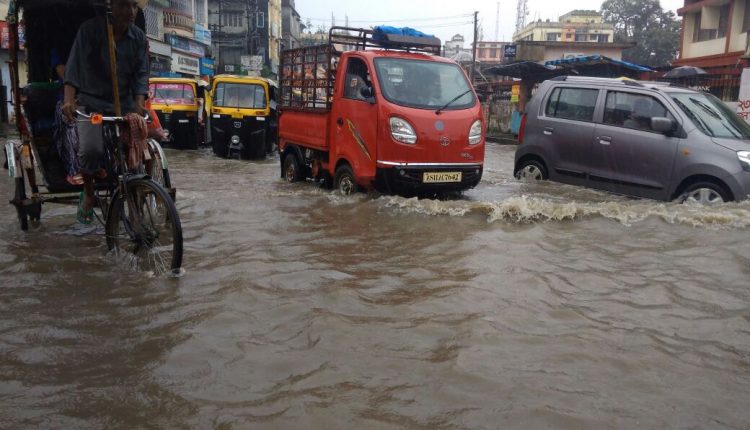 The Indian meteorological department has predicted light to moderate rainfall across Assam for next few days.

“A secondary trough at mean sea level pressure runs from East Uttar Pradesh to North East Assam. Under its influence, widespread rainfall accompanied with thunderstorm/lightning/ heavy to very heavy with extremely heavy rainfall at isolated places is very likely to continue over Assam during the next 72 hours” IMD said in a press release on Tuesday.

The department issued red alert for Assam on 28th June, Orange alert on 29th June and yellow alert for next 3 days.

The rainfall is predicted over Cachar and Dima Hasao districts of Southern Assam whereas Karimganj and Hailakandi are most likely to remain dry.

Among probable impacts, due to the rain, suggested by the IMD, are –

Possibility of flash floods due to intense spell of rainfall, water logging / flooding in many parts of low lying area and river banks, riverine flooding very likely in Brahmaputra, Barak and its tributaries, heavy rainfall may damage the crop in the maturity stage, lightning may injure people and cattle at open place etc.

It can be mentioned here that Green alert means – No warning, Yellow means – Be updated, Orange means – Be prepared & Red means- Take action.