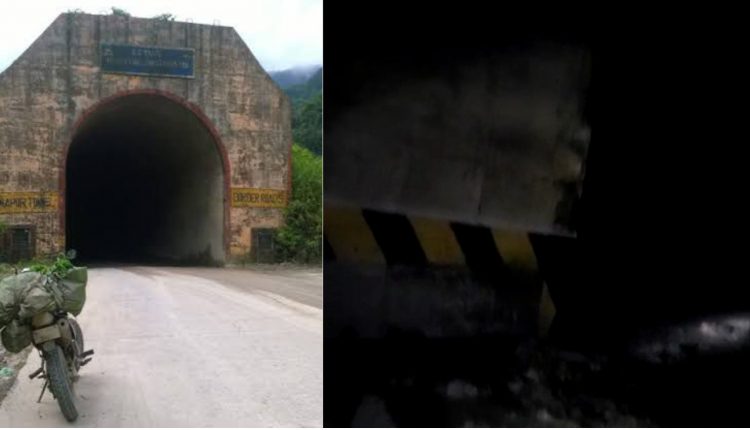 Last night a landslide was reported in Sonapur area. It was informed that huge portions of land has slipped on the road near Sonapur Tunnel blocking vehicular traffic between Silchar and Guwahati. This is the road that connects Silchar and its neighbouring states to the rest of the country.

This is not the first time this year, the traffic got disrupted due to a landslide. The East Jaintia Hills administration has been relentlessly working on war-footing throughout the summer to ensure debris are removed as soon as possible to restore traffic.

Last night itself the concerned departments were informed about the landslide and the restoration work has begun. The workers are braving heavy downpour to continue the clearance work.

Speaking with Barak Bulletin, the DC of East Jaintia Hills informed, “The road is expected to be restored for vehicular traffic in next couple of hours.”

He added, “Last night, we got to know about the landslide near the Sonapur tunnel and the process of clearance was initiated.”

Sonapur tunnel is blocked due to sudden outpour of landslide and vehicle movement is restricted.

Efforts are on to clear the debris & resume vehicular movement. @CMO_Meghalaya@lrbishnoiips@ejhpolice pic.twitter.com/yP7xIsdiMX

The Cachar district especially the Silchar town is recovering from an unprecedented deluge. Several parts of the district are still under water. In such a scenario, the lifeline – Shillong Road plays a pivotal role for supply of relief and rescue items. Heavy rainfall is the forecast in the region and landslides are natural course of action.