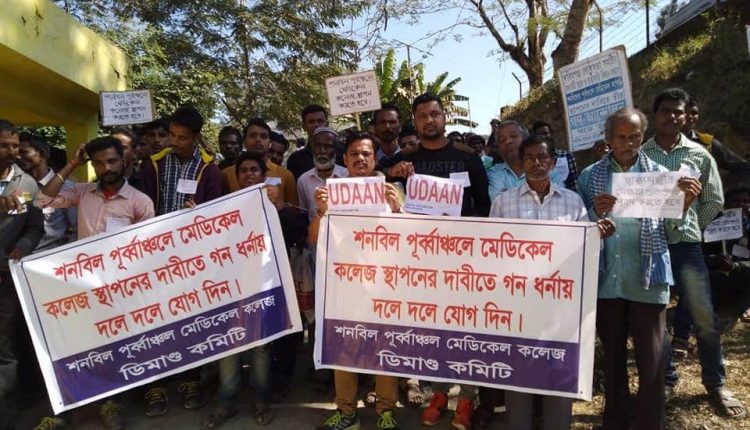 In recent years, beautiful pictures of Asia’s second-largest wetland Sonbil has mesmerized netizens of social media but the plight and struggle of the people of Sonbil are not new for Barak Valley. Roughly 8 lakhs people were deprived of the necessity when it comes to health infrastructure. This same neglect and deprivation can further be seen on Sonbil Medical College demand committee’s movement, a people’s movement which was established officially in 2016, to fulfil the masses demand of over four decades. For the last four long years, the demand committee has been rallying in all forums to make state govt allocate the proposed Medical College in Sonbil. It being the center of two districts-  Hailakandi and Karimganj and forms the Karimganj Lokshaba Constituency. 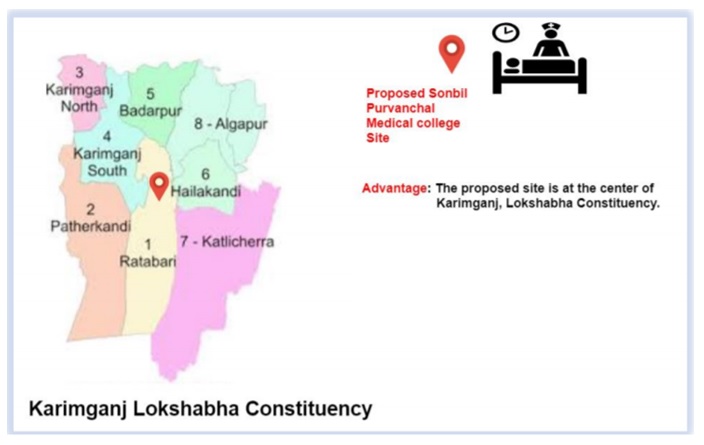 After 70 years of Independence, people still live in disdain without a proper medical infrastructure. In case of little more than a seasonal viral, people need to travel to the far off Silchar Medical College which is almost 70 kms often in a severely ill road – few reach, many don’t! Over the years political regime changed, promised made, elections happened but nothing has been done.

Amid this, people’s demand got a fresh hope, when then dynamic leader of BJP now health minister Dr. Himanta Biswa Sarma promised a medical college in Sonbil if his supported candidate wins in Ratabari Constituency in 2016 assembly election. People wholeheartedly voted BJP into powers but election promise of medical college lost somewhere in the windy waves of Sonbil. Even after multiple requests, representation & agitation of the locals, little has reached to the deaf ears of Dispur. More than ever, scarcity of another medical college at Barak Valley has been felt by the govt. in the recent situation of COVID19 pandemic but the deputy commissioners of Karimganj in the past four years never found that project important. And hence the apathy!

On August 20, 2020, in the backdrop of the opening of  Lakhimpur Medical College, state health Minister Sarma has shared his plan of making a new medical college at Karimganj this year if  land is provided. Thus, locals have again seen a silver lining with the minister’s claim and requested Deputy Commissioner of Karimganj to communicate the availability of suitable land at Sonbil Purvanchal area which is equidistant from both districts Karimganj & Hailakandi. By doing so, Deputy Commissioner, Anbamuthan MP, IAS can create a history among the people of Sonbil by taking them away from the misery of health and fulfilling their legitimate demand of a medical college which will benefit nearly 8 lakh people from Karimganj & Hailakandi district. From the economic perspective, a medical college in Sonbil purvanchal will help economically develop a radius of 20 KMS and would make the locals earn a respectable bread & butter along with a hope of future for their children. 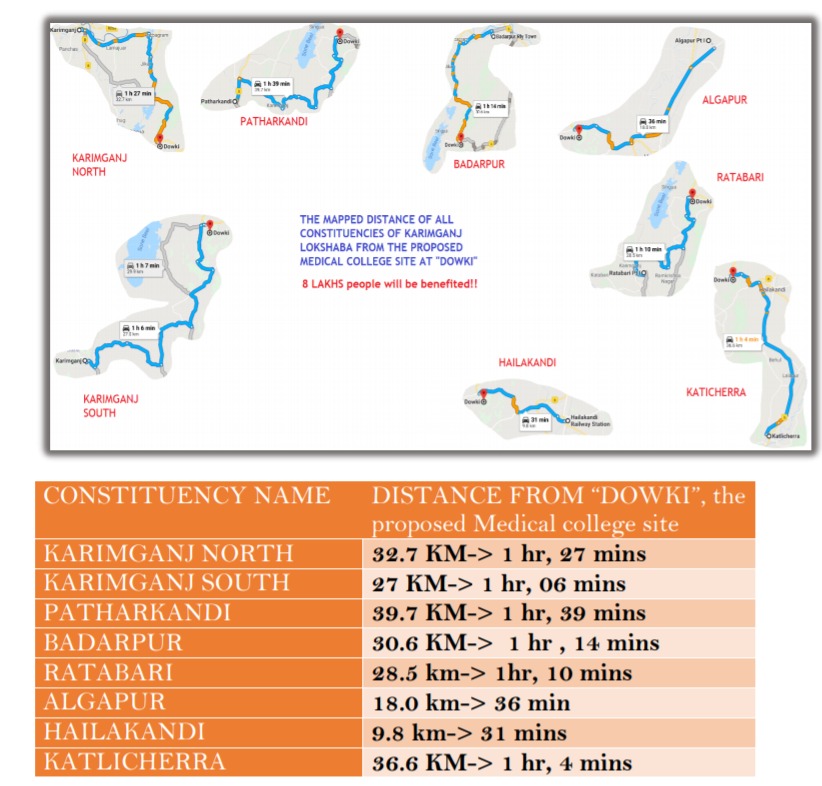 Fig: Distance of the Proposed Medical college Site from all Constituency of Kxj & Hkd

Sonbil Medical college demand committee also urges people from all walks of life from Karimganj & Hailakandi even Barak Valley, to raise the issue at respective district authorities level to fulfil the second Medical college of Barakvalley in Sonbil purvanchal which will eventually help them save their loved ones in the times like this – a global pandemic and become another epicenter of medical sciences in the Valley.

The author of this article Biprotosh Bhattacharjee is the manager – Cyber Defense Center LMNTRIX, India. The views expressed are his personal.

From left without water to walking approx 7 km: A passenger shares his ordeal of…