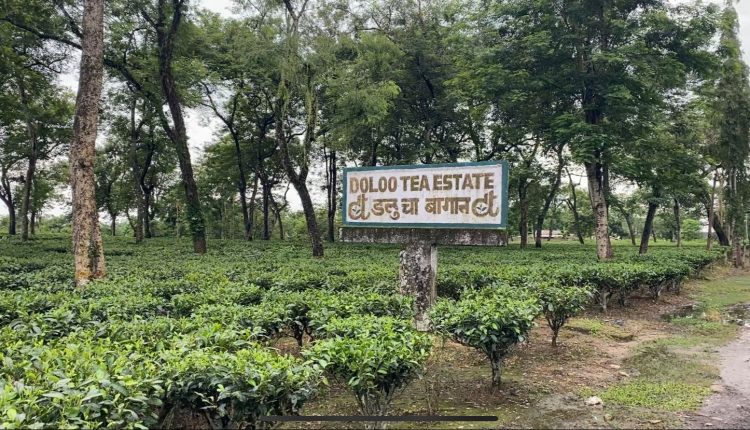 ‘Lock-out is an attempt to break our unity by inducing hunger and anger’: Daloo tea estate workers

Today morning, the Doloo Tea Estate management declared an absolute lockout of the garden. This is set to directly impact 5000 lives dependent on the tea estate for their livelihood.

“Today is Tuesday, our payment day. We have worked the entire week and transported thar produce yesterday. Yet, they have announced lockout without giving us the payment. This exposes their mentality,” said a worker of the tea estate.

It is worth mentioning here that the administration uprooted more than 30 lakh tea plants from several sections of the Doloo Tea Estate. “This delayed reporting and all are lame excuses. The fact of the matter is there isn’t enough plantation left to keep the workers engaged. The Lalbag Division has got infected and the trees are turning red. This is something we said time and again before they drove the excavators,” added another worker of the Tea Estate.

Doloo Tea Estate is in Cachar, a district that is currently recovering from an unprecedented deluge. Some parts of the district are still under water. “In such a scenario, the Tea Estate Management is forcing us to hunger. They want to break our unity by forcing us to hunger and starvation. Once we run out of money, we will start fighting among ourselves. This is also at the root of doing all this,” asserted a worker of the tea estate.

Like other day, a great number of workers reported to work today. When they reached their zone of duty, they got to know about the lockout. Many of them broke into tears.

“It is nothing but a pre-planned conspiracy. This accusation that the workers are not reporting duty on time is baseless. The labourers of Unasi Basti used to work in the Moynagarh division that has been chopped off. Now, the same labourers are forced to walk three kilometres one way and that is why they get late. The management does not provide any commute to the labourers and so, pressing the charge of late reporting does not hold water,” asserted the worker.

They urged Prime Minister Narendra Modi and Government of India to intervene immediately, adding that they don’t have much hopes. “We have voted for this Government and believed that this is a pro-labourers formation. But now we realise that this isn’t. In fact, a neutral body like the Deputy Commissioner’s office has also abandoned us,” added a female worker.

They fear their future is uncertain. “What is happening with is a matter of great concern. We were assured that there won’t be any loss of employment because of the construction of the airport. As it turns out, it has already happened and there is no sign of the airport,” said another worker.