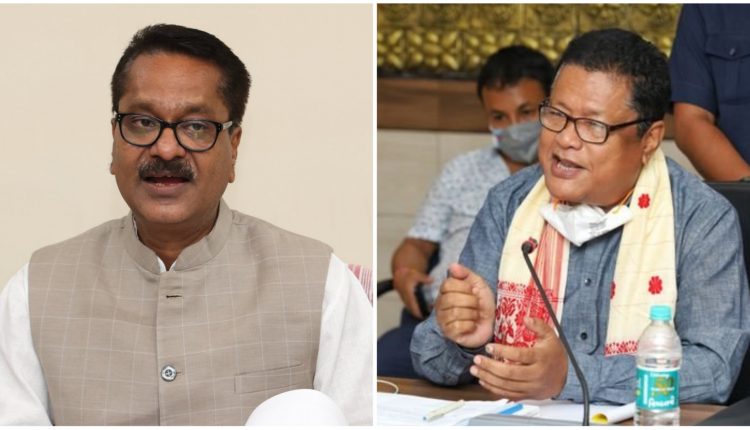 Ranoj Pegu and Ashok Singhal to visit Cachar on August 5

Both the ministers will reach Cachar at 11.10 AM on August 5 via flight and will attend various events of their concerned departments. Education Minister, Dr. Ranoj Pegu will attend Gunotsav at various places of Cachar District after he reaches Silchar. On the second day too, the education minister will attend Gunotsav from nine in the morning at different schools of Cachar and leave for Guwahati at 2.35 PM by air.

On the other hand, Ashok Singhal, the Guardian Minister, will inaugurate the Pension Sewa Kendra of Cachar District at the premise of the Office of Deputy Inspector of Schools in Silchar. On August 5 at 12.00 noon, he will inaugurate this Sewa Kendra for facilitating the pension process for retired employees of the state government.

After a brief halt at Circuit House, the minister will attend the Lok Kalyan Diwas at the auditorium of Gandhi Bhawan, Silchar. This event is being arranged by the District Administration on the occasion of the death anniversary of Lokapriya Gopinath Bordoloi from 3.00 PM. Later, from 4.30 PM he is also scheduled to have a review meeting with the Deputy Commissioner and Irrigation Department at DC Office.

On the second day of his visit, that is, August 6, he has scheduled review meetings with Urban Water Supply and Sewerage Board. Before leaving for Guwahati at 2.35 PM, he is scheduled to meet the party members at Circuit House, Cachar.