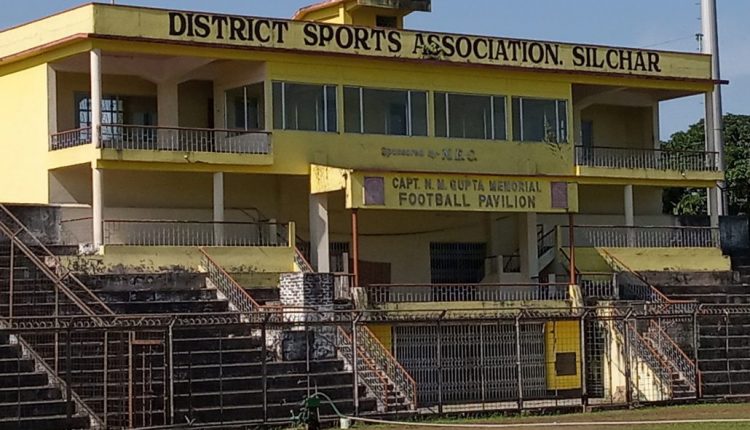 The Silchar District Sports Association (DSA) has finally started the procedure of getting back to normalcy after months of dormant period due to the pandemic. On August 29, the Silchar DSA is going to restart its Cricket Academy’s training. If the weather is suitable that day, the training will take place on the ground. But if rain becomes an issue, then the training will take place indoors, as informed by the Secretary of the Silchar DSA Niranjan Das.

Due to the rising cases of Covid, the Silchar DSA had shut the gates of the Satindra Mohan Dev Stadium on April 26 of this year. Since then, no sports activities have taken place there. Nobody was even allowed to enter its premises as the gates were locked during that time. Then the unlock process of the DSA was supposed to start from July 18. But at the very last moment, that plan got cancelled. The training of the cricket academy of the association was supposed to start from July 18 in full compliance with Covid protocols. Some restrictions were even imposed regarding that matter.

But as the District Administration didn’t permit, the gates of the SM Dev Stadium couldn’t be unlocked back then. Also, the DSA’s stadium was due to be opened to the public for morning walks and exercise. For that purpose, the stadium was supposed to be open from six to ten in the morning. But without permission from the District Administration, the plan was thwarted. However, the Corona situation has improved a lot across the country. Although the danger is not over yet and the situation is still far from normalcy. However, sports have started in most of the cities with coaching centres running in full swing. The Assam Cricket Association (ACA) is organizing a training cum selection camp from August 29. So this time, the Silchar DSA has also decided to resume training at its Cricket Academy.

However, Niranjan Das also said that no one under the age of 14 can take part in the training of the cricket academy. After the first two weeks, the situation will be reviewed again. If all goes well, trainees under the age of 14 will also be taken on board then. The training of the academy will start with 50-60 at the beginning. Although, the training will be done on a group basis. Each group will consist of 5-6 trainees, led by a coach for each group. This has been done keeping in mind the Covid Protocol. Everyone who will participate in the training will have to bring their own kits.

Notably, this will be Silchar DSA’s first step back into the mainstream after the stadium got closed on April 26. Although the coaching of the cricket academy has started, the gate of the stadium remains closed for the general public even to this day. The association has not yet made any decision in this regard. However, if the situation improves in the coming days, Silchar DSA may restart other sports events as well. Everything depends on the situation in the coming days.