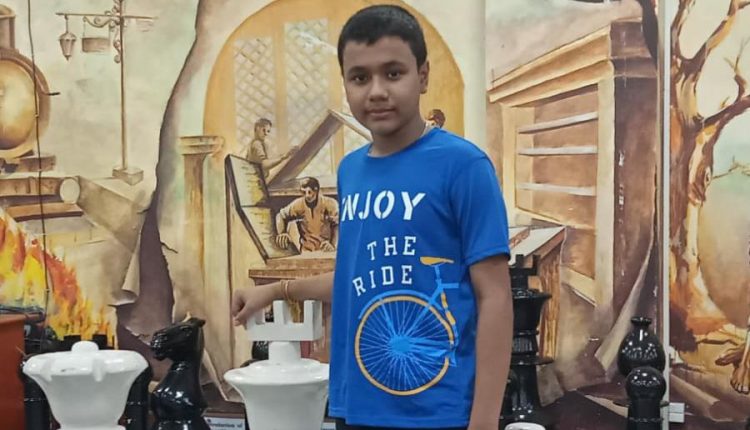 Amidst this ongoing flood catastrophe in the valley, Silchar Boy Abhrojyoti Nath shines bright at the event of the National School Chess Championship 2022.

Abhrojyoti secured rank second in the championship scoring 7 out of 9 rounds in the MPL National School championship (under 13 Open) held in KIIT Bhuvoneswar Odisha. Adireddy Arjun of Telengana and Mukund Agarwal of Gujrat bagged 1st and 3rd position, respectively. They will now represent our country in the upcoming Asian school championships ( the venue is yet to be decided). Abhrojyoti Nath, a student of Silchar Collegiate School, already represented our country in the Online world chess championship last year, but this time it’s an on-the-board championship, and he is going to fly soon along with other members of team India.

Silchar chess fraternity is proud of their chess prodigy Abhrojyoti’s performance; they are hopeful of his grand success in the future, Nirmalya Chakraborty, General Secretary of Cachar District Chess Association, told media that it was for the first time in the history of Barak Valley chess someone got 2nd prize in a national level tournament. Abhrojyoti’s father Amitabha nath works in Salchapra Railway station as a superintendent, and mother Pushipa Das works as a teacher in Silchar collegiate school.