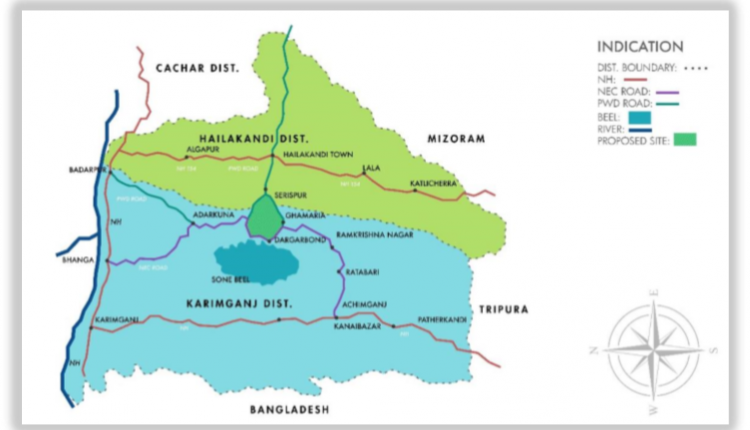 The elections are around the corner and hollow, fake, un-accomplished promises are again the at the center of deprived voters of Barak Valley, specially Karimganj, Hailakandi and greater Sonbil,

Sonbil Purvanchal Medical College demand committee over the past one year by several democratic means tried to put forward the legitimate demand of basic health care which was approved in Assam budget 2018 for Karimganj and as also promised by Assam’s present Health Minister Himanata Biswa Sharma during last Assam assembly election. The irony of the matter is last time Mr. Himanta Biswa Sharma promised voters, if they make Mr. Kripa Nath Malah as their MLA than the medical college will be established in the area. Whereas the same candidate after winning as local MLA is now fighting MP election 2019 from Karimganj Lokshaba constituency.

The demand was further jittered by political gains of Patherkandi’s BJP MLA Krishnendu Paul and issue of Government order for the same medical college close to Tripura border. The grim picture of socially and economically backward Sonbil inspite of being the center of Karimganj Lokshabha constituency and having the local MLA Kripah Nath Mala doesn’t seems to improve. This often brings back to the question that if the MP candidate’s local assembly constituency is harvesting the fruit of negligence and ineffectiveness, how people should trust the same candidate for the bigger role of a MP constituency?

Does asking for health care is not a basic right for the citizens of this country! Well, the people of Sonbil is always being used as a scape goat and a political tool to be used and promised at the time of election and “throw in dustbin” policy after the election. The Sonbil medical college demand committee looking at the sorrow state of affairs both by Local MLA Kripah Nath Malah and the State government towards the sanction of medical college in Sonbil has urged the people of the area to use and apply “NOTA” option for the upcoming Lokshaba election 2019. The people of Greater Sonbil, Karimganj & Hailakandi is the second-class citizen and neglected voters when it comes to a life saving medical treatment. People are only dependant on Silchar medical college and patient’s death on roads are the new normal in those areas. The Silchar medical college which is already reeling under the lack of infrastructure to cater its patients, an additional burden of 8 lakhs people of Karimganj & Hailakandi is an epathy which current government at Dispur will-fully ignore.

The Sonbil medical college will not only serve the two districts of Karimganj & Hailakandi with equal force in terms of accessibility and footfall, but it will also thrive the economic scenario of around 15-20 kms radius from both the districts centering the Sonbil Medical college. The Sonbil area is further a seasonal wetland, Flora & fauna , the aquatic landscapes and abundant Govt unused lands can easily accommodate a state of art medical college and hospital for the people. All that is missing is Govt will. The demand committee, however, in a statement has cleared its stance that committee will continue its agitation against the legitimate demand of poor and deprived section of Hailakandi, Karimganj & greater Sonbil and any illicit attempt to fool the people will be dealt with protests across both the districts and NOTA option.