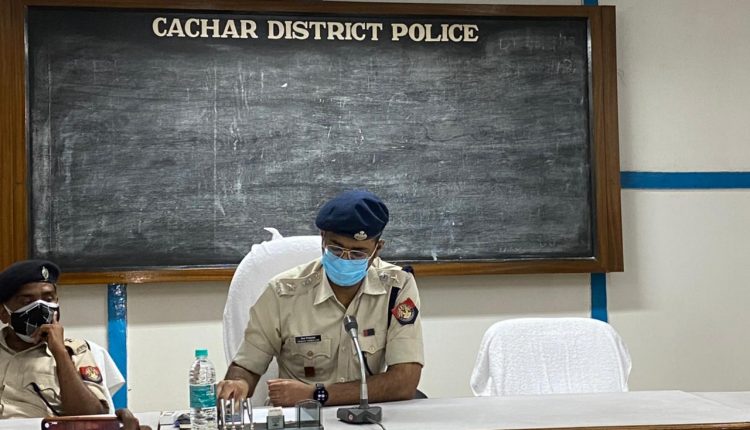 Vaibhav Chandrakant Nimbalkar, IPS officer of batch 2009 Assam – Meghalaya cadre has shifted to Cachar and took charges from Bhanwar Lal Meena as the Superintendent of Police. Nimbalkar shifts from Tinsukia where he was the SP. He has served in Cachar Police earlier in 2012-13. After joining his office yesterday, Nimbalkar interacted with the press today and shared his vision as the SP of Cachar Police.

“The Policing in Cachar will be law-based, action-based and fair to all irrespective of caste, community, creed, privileged or underprivileged. Public service orientation will be strict action with a humane heart,” said the new SP. He added, “Law-abiding citizens will find police as their friend and at the very beginning, I would like to seek support from the general public.”

Nimbalkar takes charge at a critical juncture as the Covid cases in the district is rising at an abnormal rate far higher than Assam’s 8%. Strict restrictions are in place and it is Nimbalkar and his men’s responsibility to ensure the protocols are followed to the ‘T’. “It is my request to the general public to follow the Covid guidelines for our own safety. If the protocols are breached, strict action will be taken as suggest by the Director General of Police. I would request the residents in the district to become Covid Police which means they must themselves follow the guidelines and then insist others to follow the same,” said Nimbalkar. 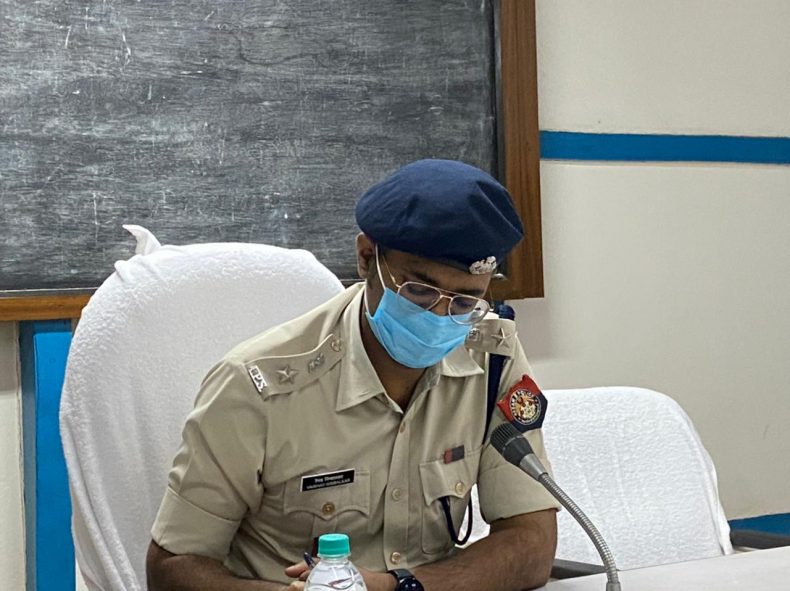 He also said that Cachar Police will take initiatives to generate awareness among general people about the Covid restrictions. A phone number will be made available for lodging complaints related to the breach of Covid protocols. The Police will donate masks to the needy and poor and at the same time enforce fines to the violators. He stressed on the importance of self-discipline and believes without that, deployment of Police officials won’t do much good.

The new SP was briefed by the press about various issues related to law and order in the district. There has been a steep rise in human trafficking, crime against women and children. Another issue that was highlighted before the new SP is the fact that mere investigation and arrest of culprits are not enough. The methodologies followed to collect evidence must be paid attention to. If a solid Case Diary is being prepared is something that needs critical attention as otherwise those fail to stand the scrutiny of the law and the victims do not see the end of justice. The SP said, it depends on many stakeholders but he will initiate crime review meetings and under the DIG southern range, those will be reviewed once-a-month.

Phishing, snatching, cyber crime, outraging the modesty of women, smuggling, substance abuse and other organised criminal activities executed by rackets were also mentioned before the new Superintendent of Police. He assured prompt action and constant supervision.

After Himanta Biswa Sarma took over as the chief minister, it has been termed as the new dawn for Assam. Sarma has promised proactive governance where the ministers will be on the ground working round the clock for the benefit of the general public. Soon after the transition was completed, the government carried out a structural rejig in the top of police and administration.

Overall, Nimbalkar is the first SP of Cachar with Assam under Himanta Biswa Sarma. Former MLA and veteran BJP leader, Dilip Paul had alleged that there are many organised syndicates running in Cachar with policymakers at the helm of those. Ranging from drugs to guns, though rubbished by the BJP’s party ranks, the allegations were dirty and now those will either need a cleanup or suppressing. All eyes will be on Nimbalkar and how the Cachar Police functions under him.

“Our primary focus now will be on the Covid situation,” says Vaibhav Chandrakant Nimbalkar as he takes charge of Cachar when the second wave has hit the country like a Tsunami. The disastrous natural calamity – Tsunami had hit India and the coasts in many other countries in 2004. Vaibhav Chandrakant Nimbalkar who defines himself as a “die-hard optimist!” had participated in a Tsunami Relief & Rehabilitation Camp in 2004-05 with an NGO in Pune named ‘Chanakya Mandal’ run by a former IAS officer. That is what motivated him to join Civil Service. He cracked it in the first attempt. In an interview, Nimbalkar was asked about UPSC and Civil Service. His reply was, “With all the loopholes prevalent in the system, it’s still a service worth putting your life for!”

Participation in one calamity triggered him to become an IPS officer. Now as IPS officer he is at the helm of a critical district facing its worst crisis ever. How he navigates the Cachar Police through this turbulence remains to be seen.