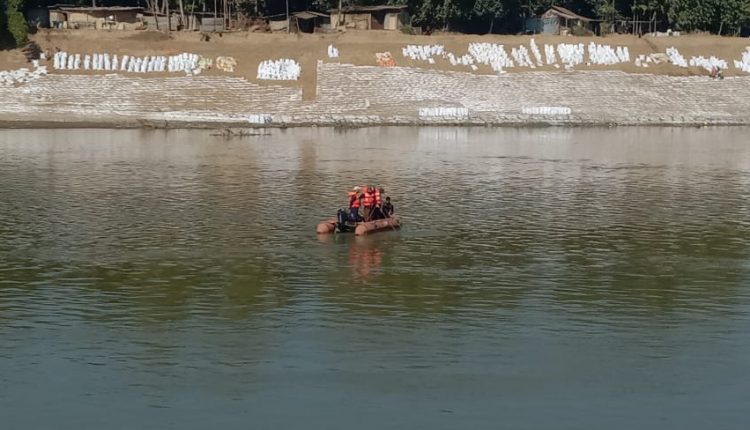 27-year-old Jhumki Choudhury went missing yesterday. A resident of the Annapurna Ghat area in Tarapur, Choudhury is the only daughter of retired forest department – employee, Pijush Ranjan Choudhury. He has three sons, but only one daughter.

Last night, after eating her dinner, at around 10 pm, Jhumki allegedly walked to the Annapurna ghat and jumped into the Barak River. Fishermen fishing in the water saw her near the under-construction Barak Bridge. They started screaming and a few of them even jumped into the river, but could not trace her.

Today morning, the disaster response force officials launched a search operation. As per the latest available information, the force is yet to trace her.

Jhumki Choudhury’s brother informed that after passing her class X examination, she started losing her mental stability. He added that she was under the treatment of a psychiatrist for the last three years.

“Physically, she did not have any problem. The issue was with her brain, she used to talk stuff that hardly made any sense. So we took her to a doctor for treatment,” informed Jhumi Choudhury’s brother.

He added, “Last night, after eating her meal she went missing. We did not see when she left the home, but after finding the door open, we had our doubts that she left for the road. We immediately started looking for her, but could not find her.”

Now the family is standing by the river with hopes that either Jhumki Choudhury is alive or it is not her who jumped into the water.