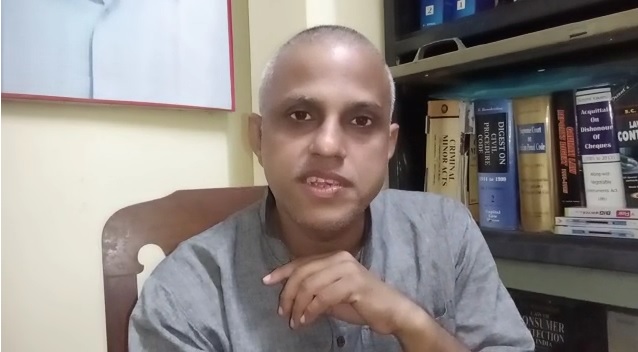 25 top lawyers of Cachar argue in favour of Pradip Dutta Roy’s bail plea and yet the CJM rejects; He remains in jail

The chief judicial magistrate had rejected the bail plea moved by his daughter, Prothoma Dutta Roy who is an advocate herself. After the bail plea was moved, 25 top lawyers Abdul Hai Laskar, Dhrubo Kumar Saha, Deepak Deb, Imad Uddin Bulbul, Ajoy Roy, Soumen Choudhury among others argued for the plea.

They argued for Pradip Dutta Roy’s bail. “For the bail, the case diary is essential and so, our plea was to shift Pradip Dutta Roy to the Silchar Medical College and Hospital or any other government hospital. The CJM called for the case diary on December 6 but rejected the bail plea,” informed advocate Soumen Choudhury.

However, the CJM assured that the court will look into the medical condition of Pradip Dutta Roy. “There is a medical facility at the Central Jail and the doctors there will submit the report. Based on the report, the CJM will take a call on the condition of his health,” informed Choudhury. It has also been informed that Pradip Dutta Roy has been shifted to the hospital inside the jail so that he gets the required medical assistance.

The other case was lodged by the IC Tarapur Police Town Outpost Ananda Medhi, where he alleged that Pradip Dutta Roy assaulted media personnel inside the SP Office premises, and therefore, obstructed the Dy SP (HQ) in performing his duties for more than an hour. Case has been registered based on this FIR under sections 326, 307, 353, 427, 392, 511 IPC.