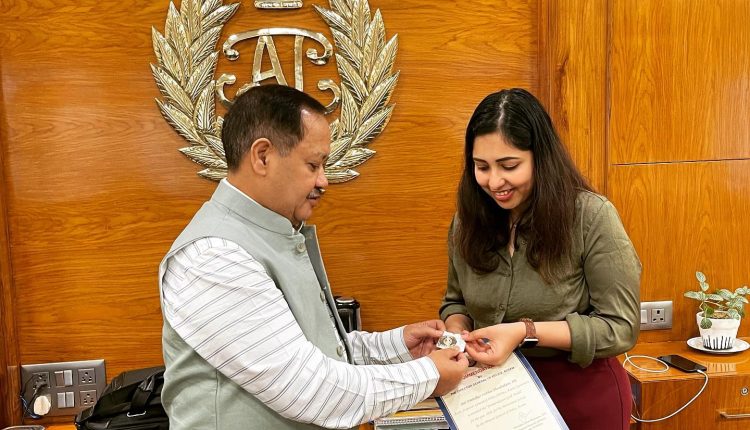 On the eve of Independence Day, 2021, DGP Assam Police, Bhaskar Jyoti Mahanta announced the names of personnel selected to receive the Chief Minister’s Outstanding Service Medal. Former Superintendent of Police, Cachar, Vaibhav Chandrakant Nimbalkar’s name was on the list. Back then, he has been admitted to Kokilabein Hospital in Mumbai.

Today, his wife Anuja Vaibhav received the medal and the certificate on his behalf. “Hon’ble DGP of Assam, IPS Shri Bhaskar Jyoti Mahanta sir personally handed over Chief Minister’s Outstanding Service medal and DGP’s Commendation Gold medal at his office. I had the honour to receive them on behalf of my husband, Vaibhav Nimbalkar, IPS who is currently undergoing treatment for bullet injuries incurred on duty. We are grateful to the Govt. of Assam and Assam Police for the recognition and support,” shared Anuja Vaibhav after receiving the medals and the certificates.

One of the youngest IPS Officers of the country, Vaibhav Chandrakant Nimbalkar was in the line of fire on July 26, 2021, at the Assam – Mizoram border. As the SP of Cachar Police, he was in the Lailapur conflict zone, when Assam Police was caught by surprise after Mizoram launched an ambush from the hilltop. With the bullet in his leg, he was airlifted to Mumbai from Silchar for better treatment. It was during the same assault, Liton Suklabaidya deployed as his PSO, lost his life. Five other members of Assam Police also got killed and around 43 were hospitalised. 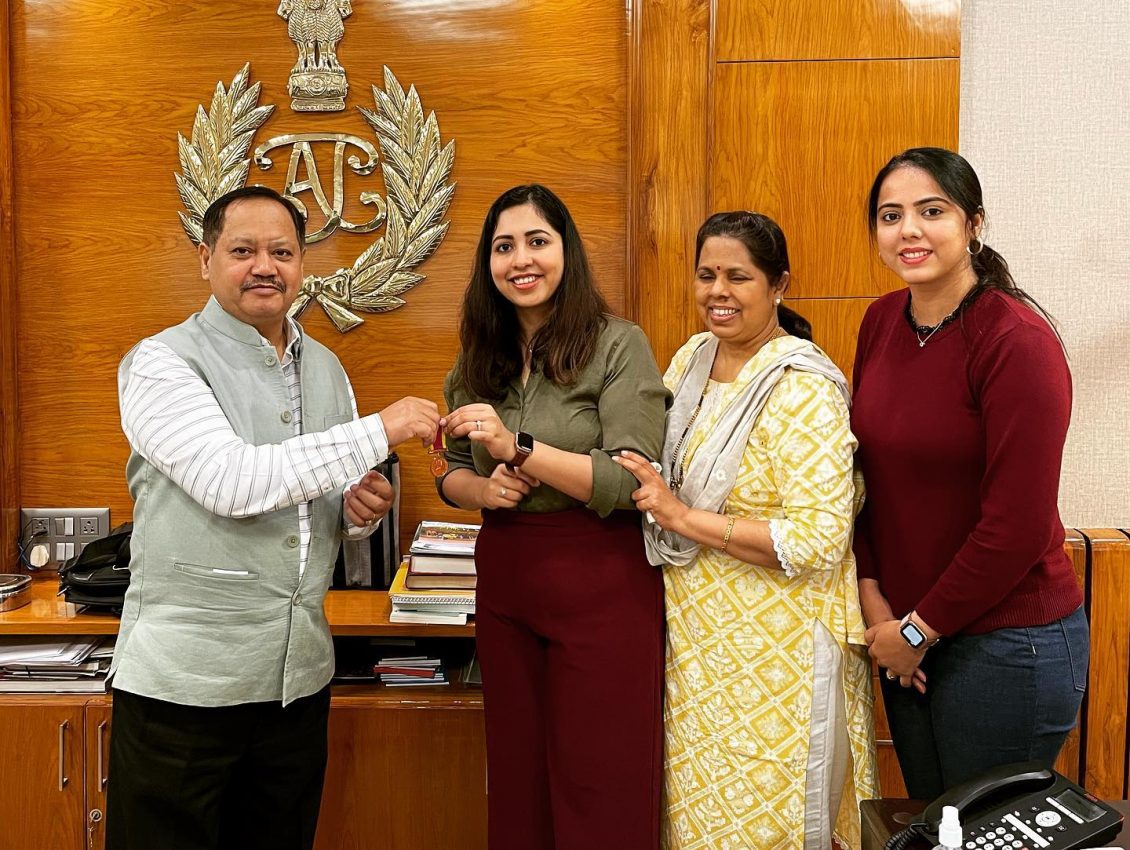 Nimbalkar has been transferred out of Cachar district. He is still under treatment and recovering. An officer of Assam – Meghalaya cadre, Nimbalkar had cracked UPSC in his first attempt. In an interview, Nimbalkar was asked about the integrity of UPSC and Civil Service. His reply was, “With all the loopholes prevalent in the system, it’s still a service worth putting your life for!” July 26, 2021, he indeed did so!