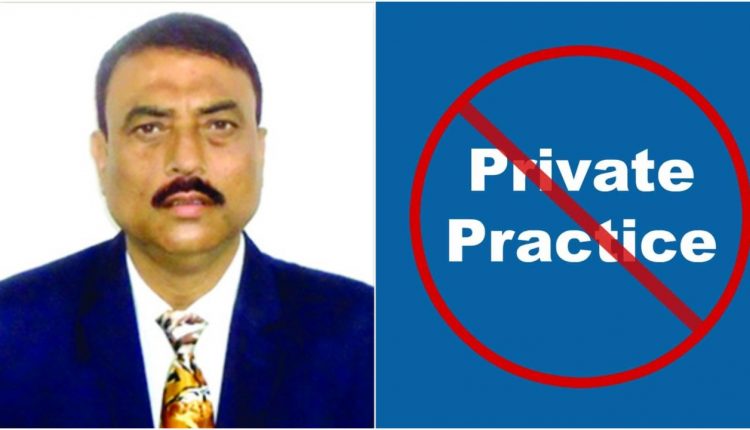 Director of Medical Education, Dr. AK Burman informed that a probe has been ordered by the government of Assam. “We received a formal complaint from a group in Silchar that Dr. Kallol Bhattacharjee was doing private practice during the banned period. The complainant has submitted documented evidence to support their complaint,” informed Burman.

“Once we started investigating the matter, we found that Dr. Kallol Bhattacharjee was on a long leave and the nature of that leave is not clear. As it stands now, he was on casual leave for four days and the rest of the days he was not at his duty is considered as unauthorised absence from duties,” added Burman.

He added, “A couple of private hospitals were admitting each and every patients who visited the hospital irrespective of the seriousness of the disease. They kept the seats occupied and made money just because there weren’t any doctors available at the chambers. 60% of the patients depend on doctors doing private practice, where was that 60% supposed to go? They became helpless and started calling doctor Bhattacharjee.”

This complaint against Dr. Bhattacharjee and the suspension will expose many more skeletons says the associate. “There were so many doctors who indulged in private practice during the COVID period. Doctors of Silchar Medical College and Hospital checked patients in private nursing homes. There are CCTV footage and photographs and many anonymous complaints will be filed. Understand that Dr. Bhattacharjee deputed in Diphu was on leave when he allegedly did private practice. What about the doctors on COVID duty in SMCH?” the associate concluded.