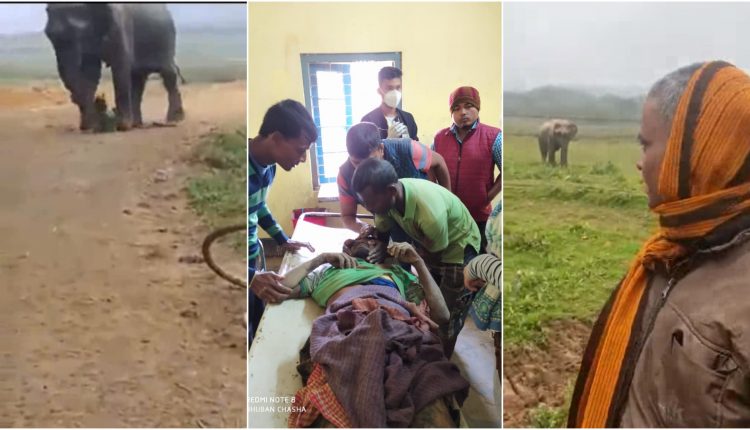 On December 2, 2020, National Institute of Technology Silchar student, Kushal Deb Roy posted on a microblogging platform informing about an Elephant’s ill health in the Patherkandi area. Taking cognizance of the tweet, forest Minister, Parimal Suklabaidya replied that he has spoken with the concerned divisional forest officer to resolve the problem to look after the health of the elephant.

Deb Roy was not the only one, several other netizens also mentioned about the Elephant. In Putni area located in Patherkandi, Karimganj the elephant was spotted first. The animal was in immense discomfort and the same was communicated to the people in the administration.

Today, the sick elephant attacked a specially-abled man. 40-year-old local resident of Putni GP, Raju Chasa is no more. After he was attacked by the elephant, Chasa was rushed to the local hospital where has been declared dead.

“The deceased had a problem in his leg and that is why he could not escape from the attack of the animal,” informed Jainul Ali, DFO, Karimganj. When asked why the forest department did not take action when it was prompted time and again, the DFO replied, “We did take action. Prescribed medicines were administered to the elephant. I can assure you that the medical condition of the animal has improved.”

He added, “The problem is that the elephant is unable to digest grass and that is why it is running towards home again and again. Actually, it is in search of bananas as it is only able to digest that.”

The issue that the elephant was facing was flagged off by the forest minister and the department. It was clear that the animal needed expert attention without which there could be a crisis. A human being died today and it could have been easily avoided if the experts were roped in. “We did write for experts but the situation is such that everyone is busy. Experts were handling other cases elsewhere in the state. However, we are expecting them to reach soon so that we are able to avoid any further damage,” said Ali.

Apart from indigestion, the elephant is facing another issue, says the DFO. “Actually, because it was ill, the other elephants in the pack left it and moved on. This elephant got isolated and became a loner. Apart from medical attention, it also needs to be reunited with its pack or shifted to a more friendly situation,” Ali concluded.