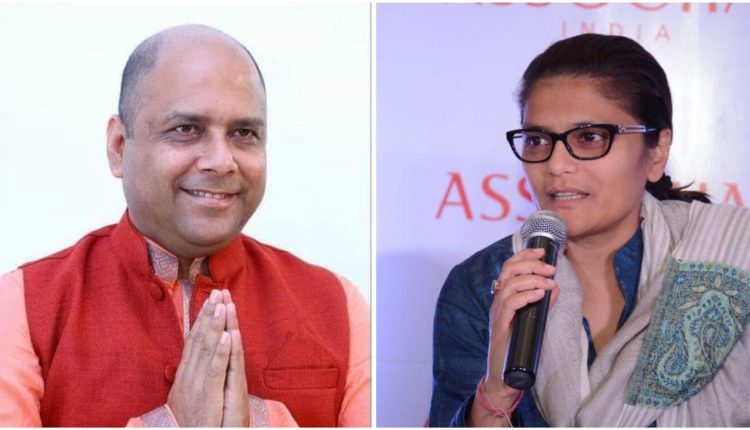 "Why plead for a 2-year-salary and not ask for a complete revival of Cachar Paper Mill": Sushmita Dev questions Rajdeep Roy

Today, during the zero hour of Lok Sabha, Silchar MP, Rajdeep Roy appealed to the Heavy Industries Ministry to “at least” release “salaries for the next 24 months.”

All India Mahila Congress President and former Silchar MP, Sushmita Dev held a press conference and said, “On July 5, 2019, Silchar MP Rajdeep Roy was quoted by local broadsheets and TV channels saying Heavy Industries Minister will visit Cachar Paper Mill before it is handed over for liquidation. Despite all the MPs from Assam meeting the minister in Delhi, the minister did not find it important to visit the Paper Mills and yesterday, we read the mills are set to undergo liquidation. I want the MP and BJP to answer why the minister did not find it important enough to visit Cachar Paper Mill.”

Rajdeep Roy shared the plight of the people with the house and said, “many are committing suicide after as they are unable meet their basic needs.” Dev questioned Rajdeep Roy’s logic, “The minister belongs to his own party BJP which forms the Central Government of India. We all know that HPC employees have not got their salaries for 35 months, why is he appealing for only 24 months,” she questioned.

Dev took a jibe at the Sarbananda Sonowal’s Assam Government and Guwahati International Film Festival. She said, “The fact of the matter is if the State government pays Rs 92 lakh to the court the case against HPC gets dissolved. But this Assam Government which is willing to spend Rs 30 crore to host a film festival is not ready to pay Rs 92 lakh for the people of its own state.”

Shedding light to the fact that is it after very long Silchar has elected an MP from the same party that is there in the centre, Dev asked, “With his party at the centre, why is Rajdeep Roy not asking for the revival of Cachar Paper Mill instead of appealing the minister to release salaries for two years.”

Dev used a letter issued by the Heavy Industries Ministry, Government of India to substantiate her argument. She said in the letter it is clearly stated that the Ministry will not pay a penny of Rs 54 crore required to clear all the pending salaries. “It is clear that the MP did not read the letter issued by the ministry and that is why he is pleading to the same ministry to release salaries for at least two years.”

It is worth mentioning here that the former Heavy Industries Minister of India, Arvind Sawant an MP from Shiv Sena resigned a couple of days back owing to the differences between the two parties in Maharashtra. Prakash Javadekar, who also holds the I&B portfolio took oath as the new minister. Roy’s appeal was directed towards the new minister.