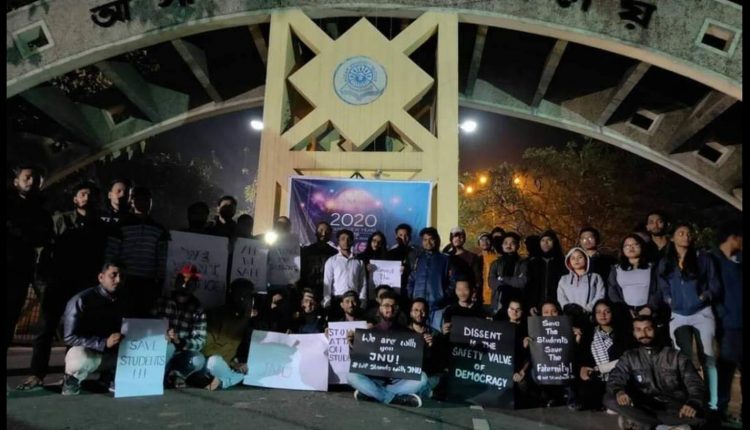 Assam University students protest against the attack on JNU students

Around 100 students of Assam University on Tuesday took out a candle march and expressed their solidarity for the victims of attack on students at JNU on Sunday.

Students gathered at the University gate beyond any affiliation to ideology, political belief & religion and raised voice against the attack on students inside a university of national importance.

Assam University Student Union’s General Secretary, Aritra Dhar who also joined the protest, while speaking to Barak Bulletin said, “University is a place of studies and it should not entertain entry of politics. Whatever happened in the JNU is very sad and we demand, the culprits should be found and booked immediately. We are not here to speak in ‘against’ or ‘for’ of any government but just to demand justice for the victims.”

It can be mentioned here that, a masked mob brutally attacked students and teachers of Jawaharlal Nehru University in Delhi during the late hours of 5th January where at least 26 people were injured. JNU Students Union president Aishe Ghosh was also grievously injured in the attack.