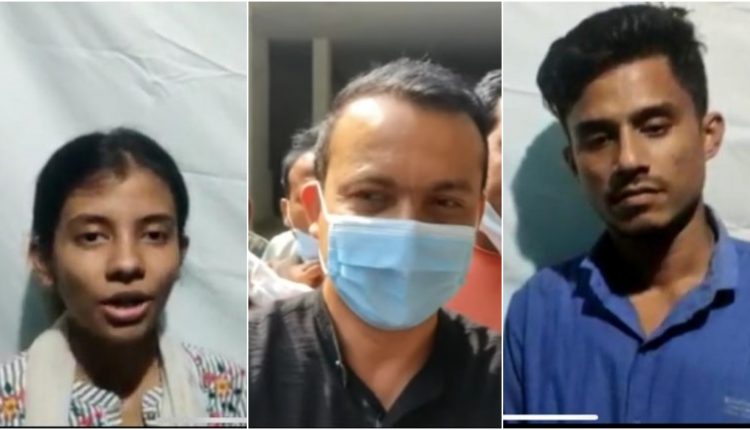 On November 1, industrialist Monsur Alom Mazumdar (babu) met the Cachar SP with the complaint that Raj Mazumdar of Raj Driving School has kidnapped his daughter Saheeba Mazumdar who was in Pune for academics. Monsur Alom went on to allege that he fears his daughter has been murdered.

Cachar SP, Ramandeep Kaur informed back then that the case has been registered in Pune’s Paud Police Station and she is in touch with her counterparts in Pune Police. What comes in as massive breaking news in this story is Raj Mazumdar, who was absconding for the most part of October and November, has been arrested by Cachar Police.

“After receiving the complaint, we conducted raids in several parts of Barak Valley including areas in Hailakandi district. Eventually, we got the information that they are in Meghalaya. After conducting a raid in Khliehriat, we have arrested him and they will be produced at the court,” informed SP Cachar, Ramandeep Kaur, while speaking with Barak Bulletin.

It is worth mentioning here that while Monsur Alom went to the Police with a complaint, his daughter released several videos stating that she has eloped with Raj Mazumdar willingly. Moreover, she even claimed that they have got married and are living happily.

(Also Read: “I Fear She Is Dead,” Father Of 19-Year-Old Alleges Sonai Road’s Raj Mazumdar Has Kidnapped And Killed His Daughter)

Monsur Alom, on the other hand, maintained that his daughter is under pressure and the videos do not tell the whole truth. He even alleged that the mother of Raj Mazumdar, who is an employee of Silchar Deputy Commissioner’s Office is the mastermind in abducting his daughter.

Raj Mazumdar is the proprietor of Raj Driving School and his driving school has got vandalised after Monsur Alom Mazumdar alleged that his daughter was abducted by Raj Mazumdar. When Saheeba Mazumdar, who is just 18-year-old, is produced before the judge, her statement on record will decide the fate of this high-profile case. Meanwhile, Raj Mazumdar’s wife is still in a state of mourning as she has lost a son out of the three babies she delivered last month.