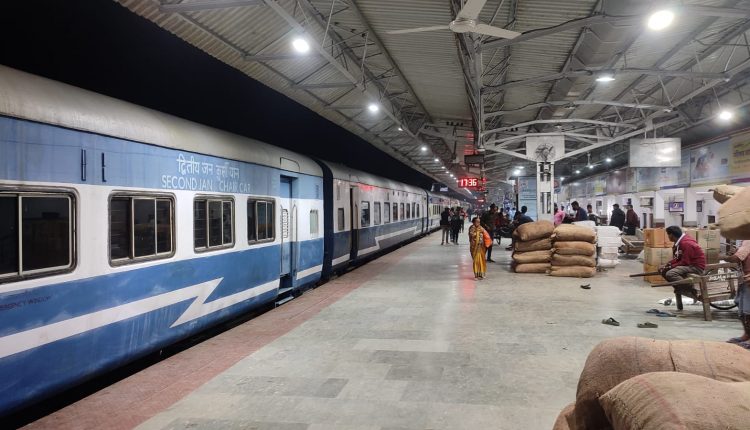 In a strange turn of affairs, the Northeast frontier railway has diverted the Jan Shatabdi train to Jiribam of Manipur state, which was proposed to run between Silchar and Agartala.

After rounds of paper works and feasibility study, it was decided to run a Jan Shatabdi express between Silchar and Agartala. The same was also demanded by the Tripura government vide a special letter to NF railway.

But, if railway sources are to be believed, the railway has decided to keep on hold the Silchar Agartala Jan Shatabdi train for the time being and instead run the same between Jiribam and Agartala.

“The train will be inaugurated in presence of all senior dignitaries. It was promised to Jiribam by the railway minister Ashwini Vaishnav during his recent visit to the state. Accordingly, the proposed Silchar Agartala Jan Shatabdi will be kept on hold” a senior railway official said.

Northeast frontier railway has also released the schedule of the proposed train which will operate between Jiribam and Agartala triweekly viz Monday, Wednesday and Friday. The train will be flagged off tomorrow in presence of Railway Minister, Tripura CM and Manipur CM virtually. Travel time will be around 6 hrs between the two stations.

As per the notification, the train will run with 10 coaches, maximum of chair car, with primary maintenance at Agartala station.

The rake of the train was also brought at Silchar recently to prepare for the flag-off between Assam and Tripura. However, after the new twist in decision, the rake has been dispatched from Silchar station.

Now it remains to be seen, how the political leaders of Barak Valley take up the matter with railway authorities.