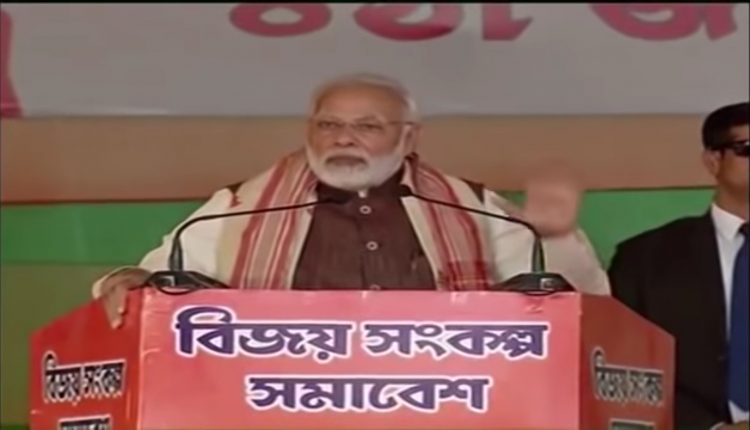 “Modi Hai to Sambhav Hai ” -has been a recurring theme of the BJP election bandwagon since the last few years. Apart from the General Elections, the Prime Minister’s assumed capacity to do the impossible and the unassailable has been BJP’s prime election bait in almost all the state elections in the last few years. Let us , for the sake of the argument,assume that the Prime Minister is indeed the omniscient and omnipotent demigod that his supporters believe him to be. Let us also accept that the Honourable Prime Minister is the divine incarnation of Maryada Purushottom Lord Rama -steadfast to his ‘Raj Dharma ‘ and dedicated to the plight of his subjects . In our grandiose assumptions, let us add another – The Prime Minister keeps his promises. Allow me to rephrase it -THE PRIME MINISTER NEVER LIES.

Since our Honourable omniscient, omnipotent, Harishchandra-ish , Prime Minister, has always kept every single promise he has ever made to the citizens of the country, we may expect another staccato burst of ‘Acche Din ‘ from the Lord Himself in a few days from now.

Dishing out imaginations and outlandish dreams is not the sole prerogative of the Honourable Prime Minister. Let me , if you will, paddle your imaginations into a utopian land where all the plight and the trauma of the people of Barak Valley becomes non existent. But before we attempt to take this freakish leap, let me point out the prerequisites for a better and fuller experience –

1) Straighten your critical bent of mind. Such a unnecessary attribute will create problems in your experience .

2) Forget about all the promises or commitments made in the past. Live in the moment.

3) Sit back, relax and imagine.

Shall we begin then?

Imagine that the Honourable Prime Minister has changed the venue of the election rally from Karimganj to HPC Township. All the dust covered buildings and rusted machineries of the cursed land are being shined & lit up for the arrival of the Prime Minister. Invitation cards have been sent to all the devastated employees of the HPC for attending the grand occasion. Grand stands, giant LEDs and a swanky stage have been erected. As a tribute to all the dead employees of HPC, the stage has been splattered with obituaries and photographs of the deceased. Since the Prime Minister understands the pain of the devastated families of HPC like no other man on earth , he has asked the state leadership to allow only the family members of the dead employees to sit on the grand stage. The air is ripe with hope and expectations. Acche din, acche din, acche din…..

Panchgram Township -a haunted land where nights mourn the death of its children, a cursed town where people don’t dream, a abandoned hope which bothers none – becomes overwhelmed with all the pomp and splendor of PM’s arrival. All the MPs , MLAs , contestants, line up with folded hands . Our elected representatives are so touched by the glow of the divinity of the PM that all of them bow down their heads in symbolic prostration to the Messiah of dreams.

The PM arrives on the stage. From the transparent teleprompter, the Honourable PM cheers up the audience with ” BHALO TOH? ” . But the employees of the HPC seem to be too tired, too exhausted, too lifeless for any cheering or jeering. Having seen the lack of enthusiasm in the employees, the PM tries again “BOLCHI APNORA BHALO TO? ”

The PM begins his speech.

What I promised in 2016, I will fulfill it now. If you vote BJP back to power and keep Ajmal out of Dispur, I will revive HPC. I tested your patience and you have satisfied me by waiting for 5 years and you have proved your dedication to the country by sacrificing more than 50 employees. HPC will come back to life . Tears of joy start streaming down the eyes of the family members of HPC employees. The PM CARES, THE PM CARES…