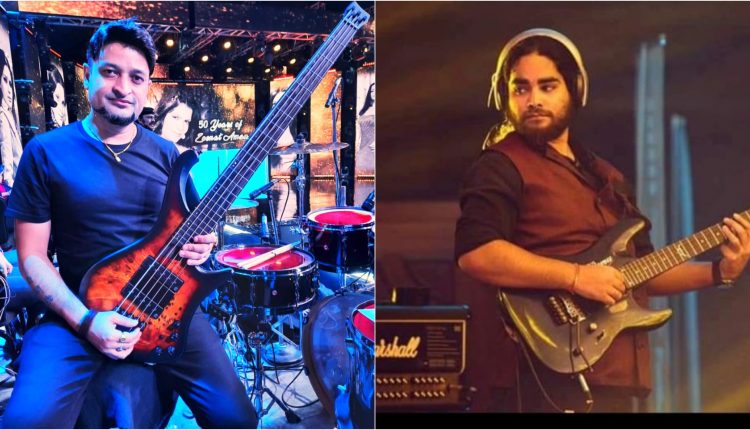 Musicians, who mostly remain behind a frontman or a singer don’t always get the amount of recognition like their other mates. And so, most of the stories which go ahead making history after a long period of struggle too stay muted for most of the general mass and they never get to recognize them. However, their stories are a big inspiration for all budding musicians who hope to make music into a profession someday. Two such points of pride of this valley, Roni Nath who plays guitars, and Prakash Sunar who plays the bass guitar, and have made it through stages of many struggle at major platforms in Bollywood and shared stages with big heavyweights. We at our team reached out to them, to know more about their struggle and how they now play at the biggest stages of the country, hailing from Barak Valley.

Roni Nath, who hails originally from the Nutan Bazar in Sonai area in the Cachar district started music as a hobby. He was greatly fascinated by the guitar in his college days and started playing at college shows with the help of friends who were already musicians. He started taking formal guitar classes from a legend himself of this valley — Subhashish Dey, also known as Bhuru Da. Another very famous musician of this valley, Munna Sinha who recently passed away helped him get in touch with Bhuru da and suggested he does classes with him.

He narrates, “I practiced day and nights in my initial days of playing guitar and had permanent bruises on my fingers because of that. Everybody started knowing me as Bhuru Da’s students and instantly started liking my playing style, which of course came into being after a lot and a lot of practice. I was soon called by major orchestra bands from Silchar and surrounding and it was so fascinating because I was mostly the youngest member of the band. This period immensely helped my playing as I faced unknown challenges while playing live almost every day which added to my bag of experiences by leap and bounces. I was being loved and called on by almost all musicians and organizers to come to play for them and I have so much gratitude for each of them who helped me move ahead, learn and perform my music, eventually making me who I am.”

Wanting to pursue music further, Roni moved to Guwahati, however, his training received a setback when his teacher Bhuru da left for his heavenly abode. At Guwahati, he started taking guitar lessons and also successfully played with leading Bihu artists through many seasons at various places. He then moved to Kolkata and started training under Amyt Datta, a renowned name in the world of music.

“Things were going very smooth for me in Kolkata as I was learning so much and at the same time performing at various shows, but soon after, I got really sick and had to be admitted to a hospital. I really got scared and rushed back home. I was at home for a year, and had gotten really demotivated and depressed at the time. I was again doing shows in Silchar but couldn’t find the courage to go on and struggle in a big city. That’s when my mother suggested to me that if I want to do something big with my music, then I should go to Mumbai. I was really scared at first but convinced myself that it is the right thing to do,” shared Roni Nath.

Swarat Chakraborty and Prakash Sunar of Silchar were already in Mumbai and they helped him settle down initially. One fine day he had the opportunity to visit the auditions of Indian Idol, where he met Girish Viswa. A celebrated percussionist, he asked Roni to play something on the guitar and was instantly impressed by his talent. A week later he received a call from the makers of Indian Idol to come and play in the season as a guitarist. That was the start and he never looked back after that. 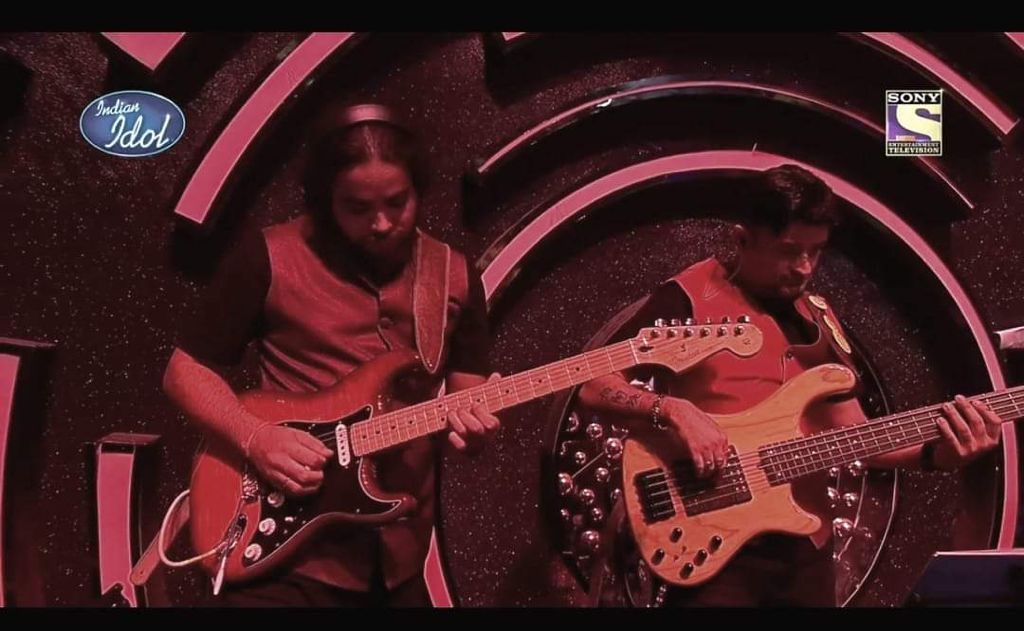 After playing in multiple seasons of Indian Idol, Sa Re Ga Ma Pa, and performing live sets with celebrated artists like Salman Ali and Sachet Parampara, Roni Nathn has been living the dream he always wanted to. “I got to go on my first abroad trip with Salman Ali and performed at Cape Town on my birthday. Since then I have been on multiple tours with different bands and setups including the mighty Javed Ali. Though the covid period was tough and number of shows reduced, by God’s grace I had a roof on my head. And as things started getting normal, I was called back upon at most show where I was previously employed. I have recently recorded guitars on a song by Rekha Bharadwaj for an upcoming movie and it is nothing but a sheer pleasure to have worked with such names of the industry.” he asserted.

When asked about what suggestion he would want to give to the upcoming generation of musicians, he says, “I would want to repeat those lines from the movie 3 Idiots which said about running behind excellence and success shall not reap fruits. Practice and more practice is the only way and also knowing what you are practicing is important. A good teacher will guide you on how to practice efficiently and do it in the right way. Ear training and exposure to various kinds of music are equally important and will help develop the sense of music in you. It is all about just not dreaming big, but also working accordingly.” Roni is now waiting for the upcoming season of Indian Idol, where he will be the guitarist. He also has a number of other Bollywood projects in his court.

Another inspiring story is of Prakash Sunar who originally hails from the hill town of Haflong and was inspired by the western music culture in his surrounding. He started playing drums in school and doing small shows as a kid. The talented man was immensely inspired by his older brother Baburam Sunar who was a guitarist himself. He started visiting a local jampad where his brother’s band practiced. Prakash would find the instruments there and in his free time practice with it with the help of his brother’s friend. He tells us, “I and my brother together bought a 2nd hand bass guitar because I was really fascinated by the instrument and wanted to learn more. I couldn’t really find formal teaching so I helped myself with whatever was available and gave it all into practice. Slowly I started doing shows in Hallflong after which my dad and my family decided to shift to Silchar.”

He tells us how everything was super new for him at the town and not knowing any soul he initially had a tough time. But soon enough people heard him play at home and was called to play at Polytechnic. His music was so much loved by everyone that he immediately was asked to play for a three day-long session at the Assam University, Silchar which formed a base for him at Silchar. He further tells us, “I practiced and practiced more during this time, and legends like Nirupam Barbhuiya, Lt. Jewel Choudhury, and Lt. Munna Sinha became big support system and guided me through my journey. As I was mostly self-taught, I had to diversify my understanding of music which was mostly western but playing with bands in Silchar and performing on Bengali songs hugely helped me expand my base of music and made my music the way it is right now. I then moved to Guwahati where I played a season of Bihu before finally shifting out to Kolkata. Everything was again very new for me in a big city like Kolkata, but I lived through and struggled for 2.5 years in the city and was doing pretty good.” 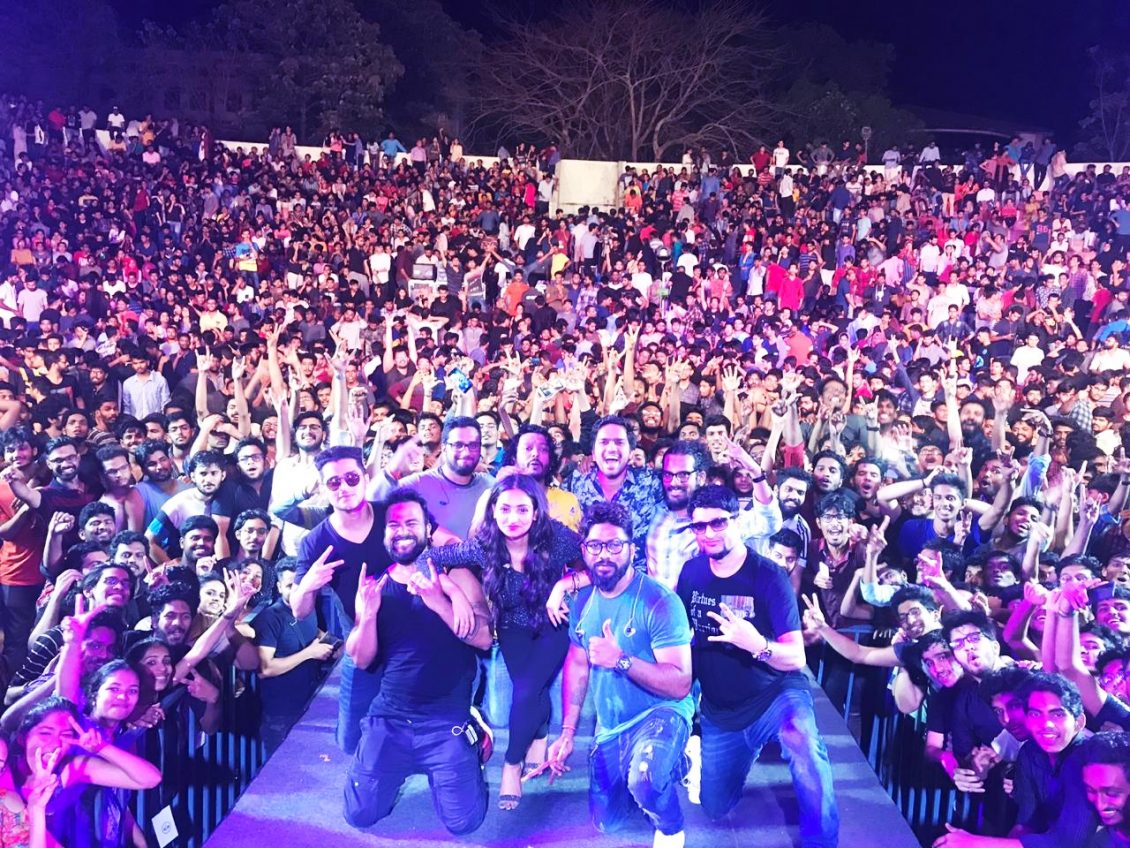 Prakash moved to Mumbai in 2013 which brought a fresh new set of challenges for him. He struggled heavily in the initial months living in slum-like conditions and not getting anything concrete in the first six months. “I was really upset and depressed at this point and started losing hope because though I was working on myself I didn’t really get shows. Water used to drip in my house during heavy rains and it felt like hell with nothing good happening. I eventually shifted out to a better place with the help of a friend and got my first show after six months in Nagpur. I soon started getting more invites from playback singers of Bollywood who wanted me to play the bass with them. By the end of the first year, I almost had shows every day and was booked all out for the next six months.”

He added, “One fine day I received a call from legendary musician Anup Shankar, who leads the musicians at most reality shows, to come play along. I was really busy at that time with prior commitments and hence went to meet him on his second invite. I have played the bass guitar at multiple seasons of Indian Idol, The Voice, and Sa Re Ga Ma Pa. It was a dream come true to play along with musicians like Girish Biswa who I saw on TV screens back in my hometown. They immensely supported me and helped me grow, as reality shows were very tough in the beginning and there were days when I slept without dinner because I was so busy and tired. I currently play with a band called Final Call led by Nakash Aziz. I normally have year-round bookings for reality shows now and play at live gigs with Bollywood singers whenever possible.”

He suggests that the upcoming generation will have to keep the competition in mind while choosing music as a profession. Being advance and creating new music should be at front of all ideas and the exposure to the internet only makes it more accessible to all. Prakash Sunar also suggests concentrating on Indian music alongside western music to develop the sense and have a very balanced playing style. Adapting to new circumstances and almost everything is a very important characteristic of a musician and they must strictly adhere to it.

Nath and Sunar both stand out as being exemplary for the kids of this valley who aim and hope to make it big in the music industry and their story shows us that with dedicated struggle and smart hard work, success is just miles away.