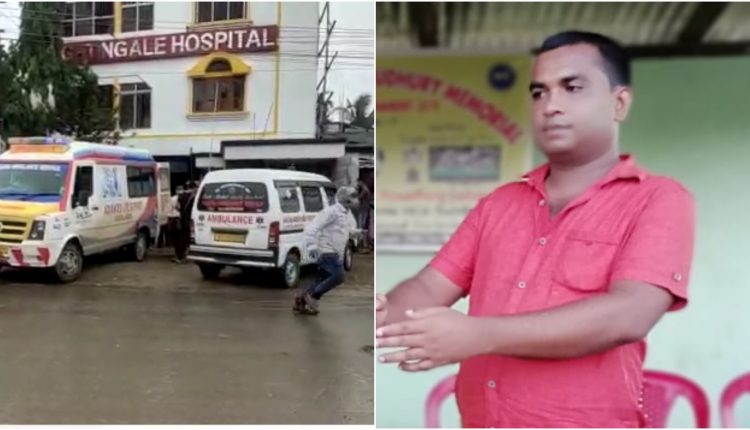 Patient airlifted to Guwahati from Silchar breathed his last today; last rites will be performed in Dholai

Renowned businessman and owner of Ajanta Bricks, Manjur Ahmed Laskar has breathed his last in Guwahati. He was airlifted to Guwahati on June 5 from Silchar. After testing positive for COVID19, Manjur Ahmed Laskar was admitted to Nightingale Hospital. According to family members, his oxygen saturation levels dropped and that is when they decided to airlift him to Guwahati.

At Guwahati, he was admitted to the Excel Hospital, where on the second day he tested negative and was on a ventilator in the general ICU. “His condition did not improve and therefore we decided to shift him to the Guwahati Health Care Hospital where he was declared dead today morning at 4:30 am,” informed a family member.

Manjur Ahmed’s mortal remains have been brought to Silchar where the family members will perform the last rites, informed the family members. “We left today morning and reached Silchar in the afternoon. The entire family is in a state of shock,” added the family member Barak Bulletin spoke with. He added, “We have been told that his lungs got damaged and that is why his oxygen saturation levels kept declining. It is a death due to post-COVID complications.”

Manjur Ahmed Laskar is a resident of Hawaithang in Dholai. His medical condition was deemed to be critical and that is why the doctors had advised him against airlifting. But the family members thought he would get better treatment in Guwahati and that is why they decided to airlift the patient.