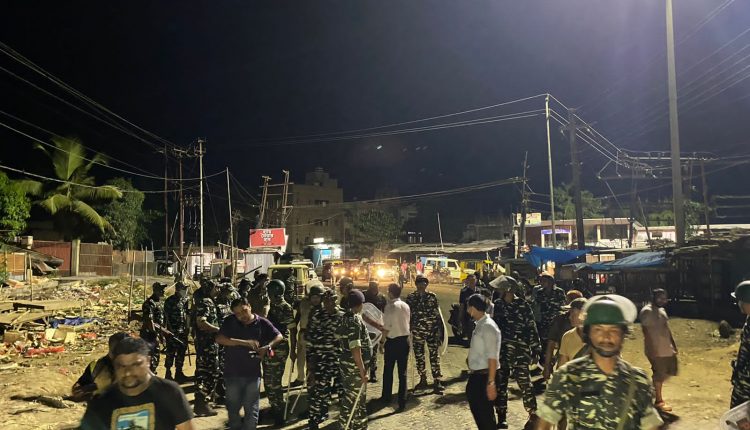 A minor resident of Ashram Road went missing on Sunday. Her dead body was recovered today at Madhura Ghat in Silchar. The locals alleged that Rony Das – another Ashram Road resident was behind the abduction and murder of the minor girl.

In the name of protest, the unruly mob resorted to vandalism. The general public’s motorcycles were vandalised and set ablaze. The mob pelted stones on security personnel, burnt two shops owned by the relatives of accused Rony Das. To dismantle the mob, Police had to open blank fire.

The police officials tried to explain to the mob that the accused have been arrested. However, they continued to run ruckus and loot shops. Many of them were under the influence of alcohol. Father of the minor girl said he or his family members didn’t play any role in vandalism.

On Sunday, the minor girl went missing and an FIR was lodged in National Highway Police Patrol Post. According to the father of the minor, she was gang raped by six individuals. They demand death sentence for all six.